39 people live in a condominium

China The Shanghai police discovered 39 people hired a three-bedroom apartment with a clear cost of living in the city.

Shanghai Communication on June 18 reported that the city police discovered the case of 39 people in the inn in a 90-square-meter apartment with three bedrooms. 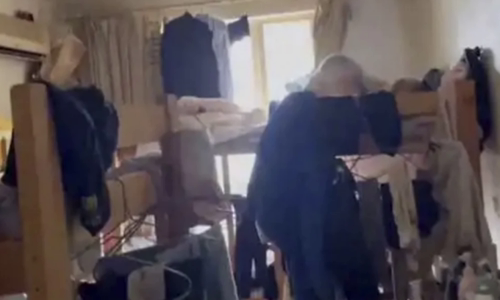 Apartments in Pudong New Area Luxury Apartment Building, hired by a man named Sun and renovated, equipped with 16 bunk beds around the house in a single bed in the kitchen.

Police discovered and disperseed people in this condominium due to receiving many complaints from neighbors.

Shanghai police said too many people shared with a cramped apartment would risk being insecure when electrical and water devices were used to overload.

The incident also made a dispute on housing safety in China and the difficult situation of low-income people when real estate prices continued to increase.

Many people went to the city of work.

The average rent for an apartment in Shanghai in the first quarter of this year is more than 90 yuan (14 USD) per square meter, up 14% from the previous quarter, according to data from the Chinese Real Estate Association.

Overload rental apartments are common conditions in super urban areas such as Beijing and Shanghai.