As a member of the reconnaissance team on Kherson, Max and his teammates are always in danger, but satisfied with important contributions.

After a jarring whistling, Rocket rushed from the launcher behind the Mitsubishi pickup.

Only 30 seconds later, two 122 mm Rocket fruits flew through the gray sky and plunged into a rural headquarters of the Russian army in the abandoned school in Dudchany village, about 8 km west of the Ukrainian force.

Members of Ukrainian reconnaissance team fired rocket from the launcher after the pickup.

The Ukrainian forces want to regain Dudchany in the next few weeks, when they strive to the west of Kherson City, the capital of the province of the same name and the first big city to control in the first days of the campaign.

This is the frontline in Ukraine's major counterattack in Kherson province.

Ukrainian soldiers believe that the advantage is on their side.

The unit of Max consists of 30 people, expected to increase 24 more people.

Max provided the artillery officer to attack the Russian headquarters in Dudchany on October 19, before his teammates ran to find a place to hide to avoid being responded by the Russian troops.

You can call us the legendary battalion 248, Max said and laughed. 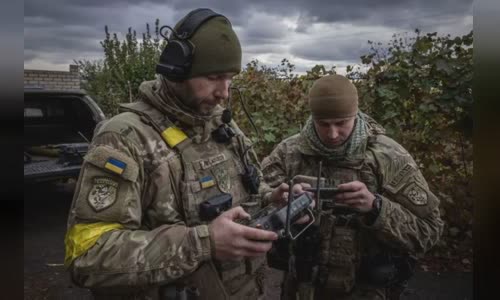 This unit is also known as the Karlsson team, according to the name of a Swedish cartoon character that can fly thanks to the rotor mounted on the back in the 1950s and is still famous.

The Karlssons team lost a member because he hit the grenade in the summer and the two soldiers were hospitalized last week before the car had to roll.

39 -year -old Swedish Veterans Shannon and a 25 -year -old US Marine soldier Aaron, who joined the fighting forces in Ukraine in the summer, used to take on scouting missions less than 1 km from the target of Russia.

We have performed such dangerous tasks.

Kherson is considered to be an important and symbolic strategic target for Ukraine after Russian President Vladmir Putin announced the merger of four Ukrainian provinces into Russia.

Dnieper river divides Kherson into two parts, of which 1/3 on the West Bank and 2/3 on the East Coast.

Now we have the opportunity to control the west bank of Dnieper River, Max said. 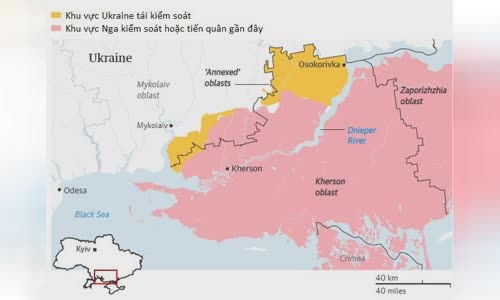 But Max added that the battle was very difficult.

One of the things that made Ukraine worried that Russia would explode the Kakhovka hydroelectric plant, turning the area into a giant swamp.

Max's team is also worried about the risk of UAV deficiency.

We do not have any UAV produced by the United States and the UK.

However, the Karlsson unit continues to operate effectively.

The Ukrainian army focused his power to regain Kherson, while Russia decided to fight to the end, leaving this strategic city into a hot spot.

The Russian military statements about the results in Ukraine were skeptical in the public opinion in the country, when the route in Ukraine continuously collapsed.