Trump is being investigated on the Capitol riot, Trump Organization's activity, accusing pressing the election officials and collecting confidential documents.

The fact that US officials searched for former President Donald Trump's mansion on August 8 attracted attention to investigations to him. 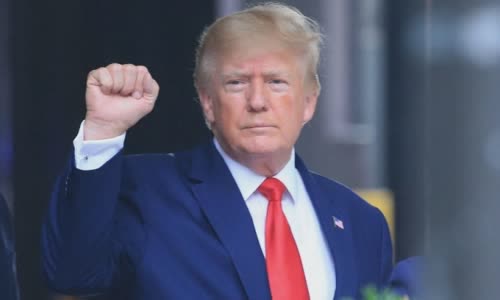 The 6/1 riot investigating committee of the US House of Representatives recently organized a series of hearings and offered a roadmap capable of prosecuting former President Trump.

MPs presiding over the hearing sessions presented that Mr. Trump was aware that he had failed in the presidential election in 2020, but still made allegations of fraud, leading to the rally of the people.

Thousands of supporters Trump on January 6, 2021 flooded the National Assembly building, attacking the police, interrupting the process of checking the voters to recognize Mr. Biden.

The investigation of the US House of Representatives is not related to the operation of the Ministry of Justice.

Former President Trump also faced an investigation regarding acts of pressure to force election officials in the state of Georgia to search for the votes he needed to win.

Georgia officials are focusing on Mr. Trump's call recording with state election officials, as well as privacy and privacy pressure that is said to be former US president to Georgia agencies and officials,

During the rally in Texas in January, Mr. Trump accused Georgia's investigating activity as the wrongdoing of the prosecutor.

New York state officials are investigating Trump Organization's activity, including accusing the business to deceive the lender and the tax authority for the real estate value they own. 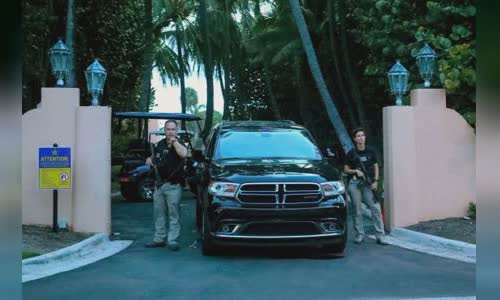 The prosecutor of Manhattan Cyrus Vance has launched a criminal investigation to consider whether Mr. Trump has a high value of some assets to ensure loans, then pricing them low to reduce taxes.

Mr. Trump on August 11 presented at the New York General Office at the Court's orders.

The US agent stood at the entrance of Mar-A-Lago, Palm Beach, Florida on August 8.

FBI Agent on August 8 searched Mar-A-Lago mansion in Florida, Mr. Trump's residence, which was thought to be related to the suspect of the former US president who illegally kept confidential documents after leaving

The US National Archives in February said it had recovered 15 boxes of documents from Mar-A-Lago and asked the Ministry of Justice to consider how Mr. Trump processed confidential information.

Pra was issued in 1978 after the Watergate scandal, requiring the White House documents to be preserved as US government's property.

Opening an unprecedented raid into the former president's house, the FBI is said to find confidential documents that they suspected Mr. Trump has not returned.

In order to raid Mr. Trump's mansion, the FBI must convince a judge that the search order is necessary to collect evidence for the investigation.