America 'helpless' with a lift on the new carrier

US engineers could not overcome 9 out of 11 weapon lift on the aircraft carrier USS Gerald R. Ford on schedule.

USS Gerald R. Ford, the next-generation US aircraft carrier, will leave the ship for the first time in October, marking a major turning point in the process of commissioning in the US navy. However, only two of the eleven advanced weapons lift (AWE) powered by electromagnetic energy on board are now operational. 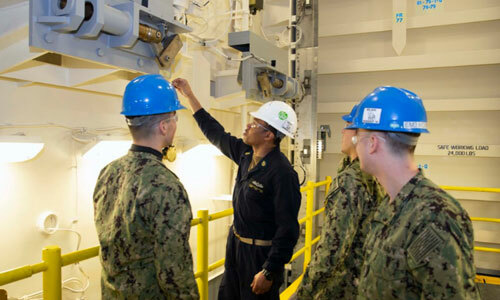 The 11 AWE elevators are one of the new features on the USS Gerald R. Ford nuclear carrier. These ladders are responsible for transferring bombs, rockets and ammunition to the hangar.

Colonel Danny Hernandez, a US naval spokesman, acknowledged that AWE elevators on the USS Gerald R. Ford had not been able to operate reliably, reliably, and needed hardware and software reconfiguration, and proceeded further. Tests to identify system problems.

The US Navy in March announced that it had to delay the time for USS Gerald R. Ford to arrive in October instead of July according to the old plan to fix the escalator problem. 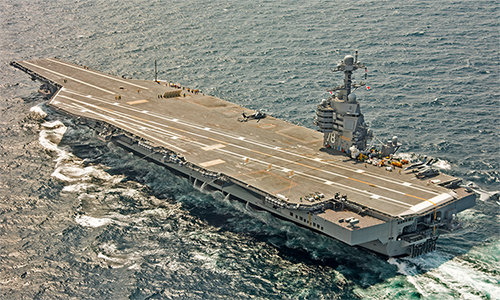 Engineers "giving up" before the incident related to the AWE lift system is one of the main reasons why the project of manufacturing aircraft carrier USS Gerald R. Ford is two years behind schedule and worth billions of dollars. .

The unresolved lift incident was a major problem for USS Gerald R. Ford and caused trouble for Navy Secretary Richard Spencer. Spencer once told President Donald Trump that he would accept being fired if the lift on the aircraft carrier USS Gerald R. Ford was not completed before handing over.

In the latest statement, Secretary Spencer said USS crew and battleship Gerald R. Ford was ready to sail. Spencer did not mention the incident of the AWE lift on the ship or the previous promise to President Trump.