China deployed 450 military medical personnel, many of whom have experience dealing with SARS and Ebola, to join the pneumonia epidemic in Wuhan.

450 military officers arrived in Wuhan on military planes yesterday and will deploy to hospitals with a large number of patients suffering from pneumonia caused by a new strain of the corona virus (nCoV). This force consists of experts in respiratory, infectious diseases, infection control and intensive care. 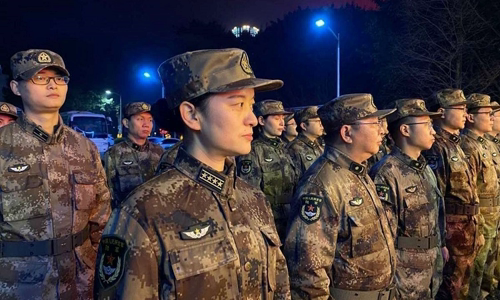 The move shows Beijing's efforts to cope with the nCoV pneumonia epidemic, which killed 41 people and infected 1,287 people across China.

China mobilized military forces after appearing on reports of a shortage of beds in hospitals in Wuhan. A hospital with 1,000 beds is under construction and is expected to be completed within 10 days.

The Hubei provincial government also added five cities to the restraining order, shut down public transport and banned highways to limit the spread. The ban affects 56 million people in 18 cities.

Epidemic pneumonia caused by nCoV first appeared in Wuhan City, capital of Hubei Province. The source of the new strain of the virus is thought to be from wildlife in the seafood market. Symptoms include fever, shortness of breath, and cough. Outside of China, outbreaks have occurred in Thailand, Japan, Korea, the USA, Singapore, Nepal, France and Vietnam.