Iran's announcement of uranium enrichment beyond the 2015 nuclear agreement could trigger an "early" reaction from Israel.

Iranian President Hassan Rouhani said on January 16 that the country's uranium enrichment process has now exceeded the limits set in the 2015 nuclear deal (JCPOA). The move comes after Iran announced it no longer complied with the restriction on enrichment of nuclear materials under the JCPOA. 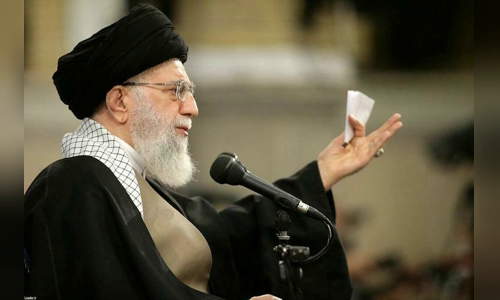 This is seen as a separate challenge for Israel, which has drawn a "red line" with Iran's nuclear program. In a meeting of the UN General Assembly in 2012, Israeli Prime Minister Benjamin Netanyahu drew the line, declaring that Iran would reach the "red threshold" when it went 90% of the way to possess enough weapons-grade uranium. .

Washington Examiner analyst Tom Rogan said that if Iran increased its uranium enrichment to a level high enough to create a nuclear weapon, Netanyahu could launch an attack to destroy the Iranian nuclear program. Netanyahu is less likely to express belligerent views, but he must speak out when this happens.

Israel maintains a "preemptive" military doctrine to eliminate the nuclear threat from its inception when it sees its neighbors in the region at risk of possessing nuclear weapons. The Israeli Air Force in 1981 carried out a Opera campaign that destroyed Iraqi Osiris reactors, killing 10 Iraqi soldiers and one French engineer.

Another Israeli concern is that if Iran owns a nuclear bomb, this weapons of mass destruction could fall into the hands of extremists who always demand to "wipe out" the Jewish people.

The European Union (EU) is trying to propose a new nuclear agreement between the US and Iran to resolve this potential threat. However, if this negotiation plan is not approved by Iranian hard-line leaders, the situation in the region will be unpredictable.

Iranian spiritual leader Ayatollah Ali Khamenei and other tough-minded people want the EU to make concessions and Trump will revoke sanctions with the country, instead of negotiating a new deal. As part of this escalation, Iran could launch another attack on the base of US troops stationed in Iraq, Rogan said.

If things got worse when Khamenei decided to build a nuclear bomb or weapons-enriched uranium, then the Israeli F-35 stealth fighter equipped with the underground bombs would also be ready. fighting, according to Rogan.