Mexican President supports the release of son of drug lord

Mexican President Obrador said his government was right not to arrest the son of drug lord Joaquin Guzman to stop the violence.

"The officials who made this decision have done well. The arrest of a criminal is not worth the lives of many people. This decision is to protect the residents. We don't want to die, we don't want to fight either." ", Mexican President Andres Manuel Lopez Obrador said at a press conference in Oaxaca on October 18. 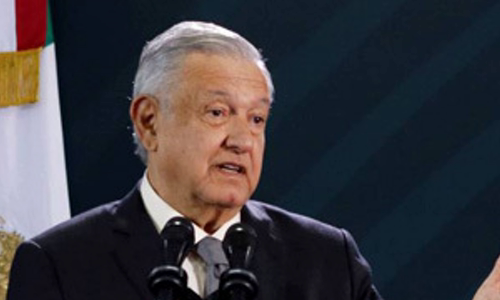 Ovidio was kept indoors from around 15:00 to 17:30 on October 17. Information of the drug lord's son was caught causing a long gun battle between the masked men armed with gang weapons and security forces. Durazo said the patrol team decided to withdraw from the house without Ovidio to avoid escalating violence in the area.

However, some accuse the Mexican government of simply failing at the strength of the gang, while raising suspicions about President Obrador's efforts to overcome the security policy.

"This decision is not admirable. By implementing a poorly planned campaign in a bad way, the government has put itself at risk," security expert Alejandro Hope wrote in a statement. Twitter.

President Obrador stressed that time would prove his government right when avoiding conflicts with gangs. "I ask the Mexican people not to worry. There are no exemptions because the government doesn't collude with criminals. The boundary is very clear," he said.

Ovidio, 28, is one of four children of Guzman and his second wife. The man is believed to have been involved in drug trafficking since he was a teenager and has played an important role in the Sinaloa gang since his father was arrested. Guzman is said to have 4 wives and 12 children.