Those who stopped Trump from building the border wall

Trump's plans to build a border wall were delayed in part because many residents of Texas refused to sell the land.

Two days after reluctantly agreeing to sell the land to the federal government, Richard Drawe and his wife and mother stood for a long time on the land his family once owned nearly half a century in Progreso, Texas, to see the herds. pink crane and stork. 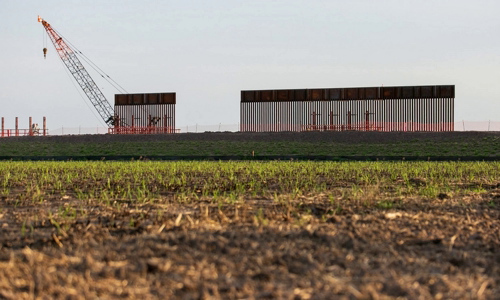 The border wall built on the land will separate the Richard family from the familiar landscape, where the dike, the lake, the onion field and the flock of birds. He also had no chance to see the beloved Rio Grande every day.

The 69-year-old doubts the border wall is not just to stop the flow of migrants. Although he supported the president's plan, Drawe believed his life would be "ruined" because of it. But selling land early is a better and more economical option than going to court, because the land will be taken away by all means.

The border wall, the roads and the lights will be built on a plot of land more than a dozen acres that grandfather Drawe once bought in the 1920s.

"In the end, we had to give up. If they hadn't built the border wall, I wouldn't have given the land even for a million dollars. I don't need the money. This is my life," Drawe said.

"Whether negotiating with the landlord or filing a lawsuit to win the right to use, they eventually get the land to build the border wall," said Roy Brandys, Drawe's lawyer and attorney.

Under the agreement, Drawe will be denied the right to use an area of more than 140 hectares, located between the border wall and the river, from the 212-hectare plot. Instead, he received $ 42,000 for nearly 5 hectares of land to build a wall and about $ 197,000 in compensation for the family's farm.

Drawe can reach the land south of the wall where the entrance is located. However, he has discovered drug packages in the area and is concerned that criminal gangs that Trump sees as a reason to build a border wall will control it.

During the election, President Trump promised to complete the border wall longer than 720 km by 2021. However, this plan now faces many challenges, including the investigation of construction contracts, delayed funding. and a ban on the use of defense budgets for construction activities. The federal ban affects more than 280 km of the wall in Laredo and El Paso in Texas, Yma in Arizona and El Centro in California. But settling with land owners like Drawe is probably the biggest barrier to Trump's plans.

The Trump administration has only recently built nearly 150 km of the wall, mostly on federal land to replace the dilapidated fence, according to the US Department of Customs and Border Protection (CBP). According to the plan, 260 km of the wall runs through south Texas, of which 230 km belongs to privately owned land. Since 2017, the Trump administration has only been able to buy nearly 5 km of these.

CBP staff Mark Morgan fears the wall will not be finished on time. "Right now, I am not sure that I can complete the plan to build the wall on time. But I am confident we are very close to that goal," Morgan said.

During Trump's term, the White House repeatedly urged the US Department of Homeland Security to speed up the construction of the wall, under the supervision of President-in-law Jared Kushner. As time pressures grew, Trump repeatedly proposed plans to expropriate private owners. 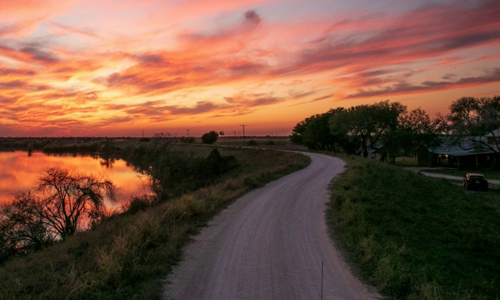 According to many lawyers and academics, the law is often in favor of the government and the owners have little choice when they receive a land acquisition request from the government. They may voluntarily conduct site surveys and accept government proposals, or may go to court to seek greater compensation. But by law, the government can start construction before paying enough money to land owners.

By using the right to confiscate land, federal lawyers can argue in court that building the wall is an urgent matter. This almost always results in court giving the government the right to use the government, according to Efrén C. Olivares, a lawyer at Texas Civil Rights. The government could then start building the wall, despite the lawsuit seeking full landowners' full payment for years. "It's like you agree to sell a home after being forced to accept a predetermined price," says Olivares.

After the administration of President George W. Bush signed the Security Fence Act of 2006, a total of 300 lawsuits were filed by land owners, of which 46 are currently not over. The government has reached a land acquisition agreement with most of the other landowners. Many landowners voluntarily allocate land to the government, according to Justice Department officials.

The Trump administration chose Texas as the site of the land acquisition plan, and now 38 lawsuits against private landowners have been made. Ms. Jones, 69, is one of them. The Trump administration recently sent a letter to her family, warning it would file a lawsuit if it was not approved to survey the site for a plan to build a border wall. According to Ms Jones, the plan to build a border wall running through her family's land, adjacent to the Santa Ana Wildlife Sanctuary, should be removed for harming wildlife here.

Ms. Jones and Mr. Drawe said they support CBP and border security. But instead of building an ineffective wall, they expect the government to focus on changing immigration laws, increasing border security agencies and investing in surveillance technology.

In fact, the situation in the border area has changed after President Trump declared a national emergency and implemented many measures to tighten immigration. Instead of entering the United States, 55,000 migrants have to wait for asylum on the Mexican border, while many families are forced to return to Central America. The number of arrests of border migrants fell by 70% to more than 42,600 from May, when the number of migrants recorded a record high for the year.

However, the Trump administration's policies make more migrants find their way across the border more dangerous. Over the past three months, border guards discovered many migrants hiding in a trailer in Texas, others hiding in San Diego furniture and washing machines. Meanwhile, many people use wooden ladders to climb over the border wall.

In addition, US police have found an unfinished tunnel nearly 9 meters long to Mexico in Nogales, Arizona. Immigration and Customs Enforcement discovered nearly 1 kilogram of drug in another tunnel in the city. CBP seized a batch of $ 500,000 worth of ice and fentanyl on a remote-controlled, ultra-light aircraft in Tucson in May.

"The border wall is like an outdated solution," said 30-year-old Michael Maldonado. Maldonado was the son of Pamela Rivas, a Texas landowner who had a legal battle with the US government for the past 11 years. The federal government sued Ms Rivas for a piece of land in Los Ebanos, Texas, in 2008. Ms. Rivas refused to sell the land in the hope of delaying the government's plan to build border walls.

The Rivas family owned this land since 1890 and had to confront the plan of land acquisition of two US presidents. "If we can hold out longer, maybe something will change. A new government appears and says 'We don't need that land'," Maldonado said.