Japan is a rare developed country with a diet rich in nutrition but low in obesity, with the secret lies in school lunch.

A report released today by the United Nations Children's Fund (UNICEF) shows that Japan tops the charts for the health indicators of young children, with a low death rate and few malnourished children. The country also has the lowest rate of obese children among the 41 developed countries of the Organization for Economic Co-operation and Development (OECD) and the European Union.

Experts say there are many factors that can help bring about this result, such as a health-conscious society and periodic mandatory medical examinations for children, but a large school lunch program. Nationwide plays an important role.

"School lunches with menus designed by nutritionists are provided for all elementary school students and the majority of high school students across Japan," said Mitsuhiko Hara, a pediatrician and teacher. Professor at Tokyo University Kasei Gakuin, told AFP.

Lunch at school is compulsory, students are not allowed to bring lunch at home to school. They are not completely free, but are largely subsidized. Each meal is designed to have 600-700 calories, balancing nutrients like starch, meat or fish and vegetables. A typical meal for children in Gunma Prefecture will include: rice with grilled fish and spinach, served with miso soup with pork, and milk and prunes.

"School lunches must provide the nutrients often lacking at home meals. They contribute to the nutritional balance necessary for young children," said Mayumi Ueda, an official at the Japanese Ministry of Education. said.

Unlike school canteens in Western countries, Japanese students often eat lunch in the classroom. Students regularly prepare food for each other and clean the classroom after meals. There are no other options and no vegetarian meals or religious restrictions, as these groups are too few in Japan.

School lunches are not only for eating but also for educating children. "Having a daily radio program to explain the nutrients during lunch that day, is also a helpful way to teach children," Hara said. In elementary schools, students use magnets to attach food pictures on a whiteboard, learn how to classify what is protein and what is starch.

"School lunches are part of the prescribed curriculum," Ueda said. "It's not just about eating food, students are learning how to serve and clean themselves."

The Japanese government studies the diet and nutrition every year and uses the results to shape what is included in school meals, she adds.

School lunches in Japan began to appear in 1889, when rice balls and grilled fish were provided to poor children in northern Yamagata prefecture. But the program was expanded nationwide after World War II ended to address hunger in the face of severe food shortages.

There are many other factors that lead to Japanese children having the best health index in the world, according to Hara. "Because many Japanese people are health conscious, they try to eat a variety of useful foods," he said. "We are teaching the eating of seasonal foods, good for health. Rarely do any country pay any attention to foods that appear to be seasonally specific like Japan."

The results are clearly shown by data: Japan has one of the lowest infant mortality rates in the world, and the rate of overweight children aged 5 to 19 is only 14.4%, much lower than with other developed countries. The United States ranked first in terms of overweight rate in UNICEF with 41.9%, followed by Italy with 36.9% and France with 30.1%.

Hara suggests that another factor in Japan is the periodic mandatory health check for children. Parents receive reminders from local authorities and children have a school health check, including height and weight measurements.

Even so, Japan has not completely escaped from the growing trend of overweight children. Like other countries, this trend in Japan often affects less affluent families.

"Poor children are easily overweight because their families try to cut costs. As a result, they eat less protein but consume more starches and sugars, leading to obesity," Hara said. School lunches are more important for children in such cases. "A lot of nutrients are added at school lunches ... so that's also a way to help poor children." 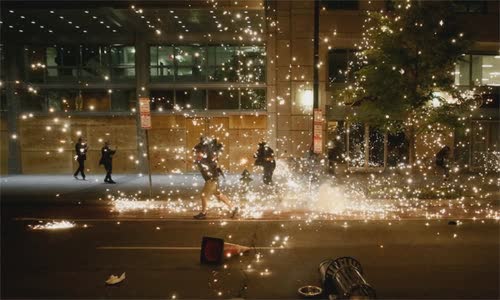