Trump's adviser warned of the consequences of reopening soon

Anthony Fauci, White House health adviser, warned that if localities rushed to reopen, the consequences could be "truly serious".

"The ability to identify, isolate and track contacts will help determine whether or not to continue trying to reopen the US. I am worried if some states, regions, or cities ignore the conditions. 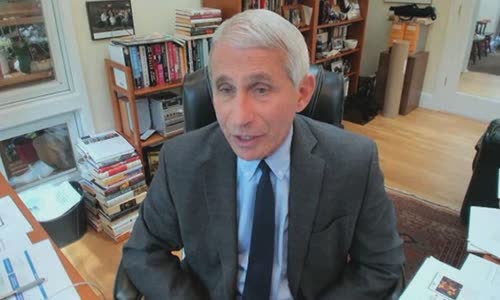 Fauci warned states that disregard the safe reopening guidelines that experts recommend "are really at risk of triggering an uncontrollable outbreak," adding that the move will lead to efforts.

"As I've said many times, the possibility that nCoV simply disappears will not happen, because this is a highly transmissible virus. Even if we have better control over the next few months, the virus will still

According to Fauci, the prospect of a second wave of infection this fall is "entirely probable."

President Donald Trump's medical adviser also said that many experts believe that the number of people who die of nCoV in the United States is higher than statistics, because people infected with the virus die at home.

The United States, the largest epidemic region in the world, currently records nearly 1.4 million nCoV infections and more than 82,000 deaths, as President Trump urged states to quickly relax the blockade and criticize Democrats.

He said the United States has made great strides in increasing testing and the number of infections has "fallen rapidly".