The US Defense Secretary announced the cancellation of the US-Korea exercise at the end of November to promote peaceful dialogue with North Korea.

"I do not consider this a concession. It is an attempt to show goodwill to promote peace," US Defense Secretary Mark Esper said today after a meeting with his Korean counterpart Jeong Kyeong-doo in Thailand's capital Bangkok, but insists that the forces of Washington and Seoul remain highly prepared. 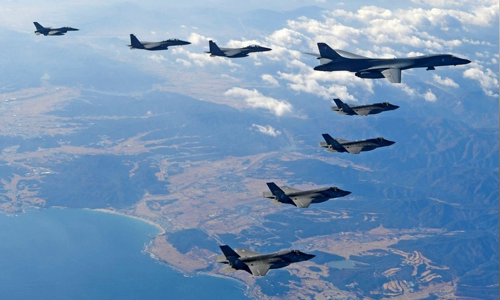 The announcement came just days before the exercise, called "The Joint Air Force Training Event" (CFTE), took place in South Korea. The air force of the two countries is expected to carry out many air warfare and ground attack scenarios in CFTE.

North Korea sees joint US-South Korea exercises as an invasion exercise, despite Seoul and Washington ensuring they are defensive.

The United States and South Korea have scaled down joint military exercises as part of their efforts to denuclearize the Korean Peninsula since the summit meetings between US President Donald Trump and North Korean leaders. Tien Kim Jong-un.

After the collapse of work-level negotiations between the two countries in Stockholm, Pyongyang repeatedly accused Washington of inappropriate approaches and threatened relations between the two countries "that could be ended immediately." North Korea has also tested rockets several times since the beginning of the year, apparently to warn the US about the weapons it is developing.