WHO says Covid-19 in Brazil 'cooled down'

The WHO says the outbreak of Covid-19 in Brazil has cooled and called on the country to seize the opportunity to prevent the virus from spreading.

"The increase in infections in Brazil is no longer exponential, it has lowered," the World Health Organization (WHO) Emergency Response Director Michael Ryan said during an online meeting on July 16. 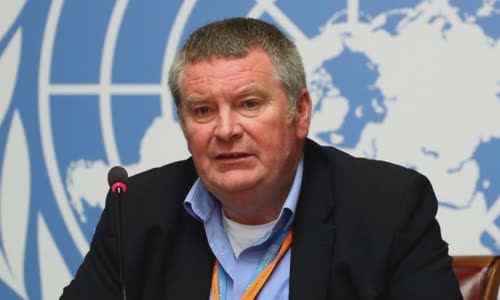 Emergency response director of the World Health Organization (WHO), Michael Ryan, at a meeting in Geneva, Switzerland, February 6 Photo: Reuters.

Brazil is the second largest epidemic region in the world after the US with more than two million infections and nearly 78,000 deaths from nCoV.

He pointed out that the prevalence of nCoV in Brazil in April and May was relatively high, at more than 1.5 and two, respectively, meaning that one person infected with the virus will infect about two other people.

However, this figure has recently dropped to between 0.5 and 1.5, Ryan said, adding that "the virus is no longer spreading as quickly in the community as it once was".

WHO officials urge Brazil to take advantage of opportunities and implement sustainable, coordinated measures to "control" the virus.

Since the outbreak of Covid-19, Brazilian President Jair Bolsonaro has repeatedly underestimated the threat of disease, calling it a "minor flu" and ignoring the rules of community isolation, including wearing masks.

Covid-19 has appeared in more than 210 countries and territories, causing more than 14.1 million infected people, more than 598,000 deaths and more than 1.7 million people recover.