Harry and Meghan's organization expressed respect for the Emperor Philip, after his death on April 9.

The organization has updated the Archewell website so that it only shows a single announcement as the white text on a gray background: "In love to remember the Prince, Duke of Edinburgh, 1921-2021. Thank you for your jobs 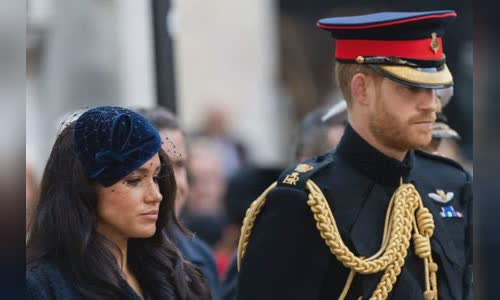 Royal Philip, her husband of Queen Elizabeth II, died at 99 days on April 9.

Many people are speculating when Harry can return to England to attend his grandfather's funeral and whether Meghan, who is pregnant with the second child, get along or not.

They have not been publicly indicated whether they attend funerals or not.

The interview caused the biggest crisis to the British royal since Harry's mother, Princess Diana, died in a car accident in 1997. It also raised the question of Harry and Meghan to be welcomed by the royal family.