In the dry summer, the heat reduces the production of Norway hydroelectricity, threatens the French nuclear reactor, worsen the European energy crisis.

In the Nordic land famous for deep bays, Sverre Eikeland pointed to one of the main reservoirs of Norway, showing that the water level has dropped sharply, revealing 15 meters high cliffs. 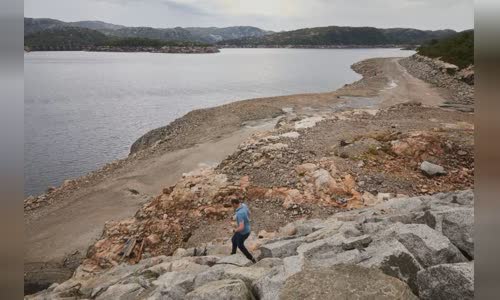 Do you see the cliff that the vegetation does not develop?

Hot summer in Europe is causing serious impacts on Norway.

The cliff showed on the Skjerkevatn reservoir in Aseral, Norway because the water level decreased.

The harsh summer, serious drought has further attacked the European energy system, which is struggling because Russia has reduced the supply of gas.

In France, the river water temperature has made it difficult to discharge the cooling water of nuclear reactors.

We call it the perfect storm, Steffen Syvertsen, director of Agder Energi.

Syvertsen is currently present in Arendal, where political and industrial leaders of Norway meets the energy crisis, requires to review the electricity export agreements with the European Union (EU) and the UK, or the palace. 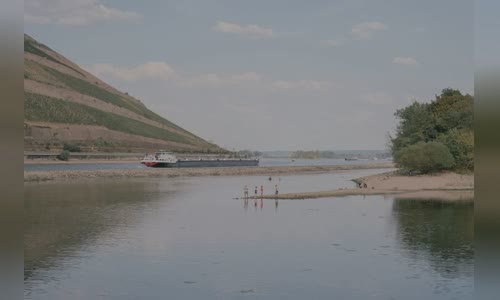 Besides Russia, the supply is cut, the need soared when the economy recovers the post -epidemic, failing in an effort to increase the supply of renewable energy and the worst drought in many years has caused electricity prices in Norway.

The country is rich in resources, which is the exporter of large gas and petroleum, which is under pressure to limit the sale of energy outside to serve the domestic demand.

German thermal power plants are scattered on the banks of the Rhine river, but the low river water level forces large coal ships to transport only about 1/3 of the capacity.

The Rhine River in Bingen, Germany runs out on August 15.

The most serious drought recorded in France has also seriously affected the supply of energy, when nuclear factories provide more than 70% of the country's electricity must be reduced to avoid hot water discharges out. 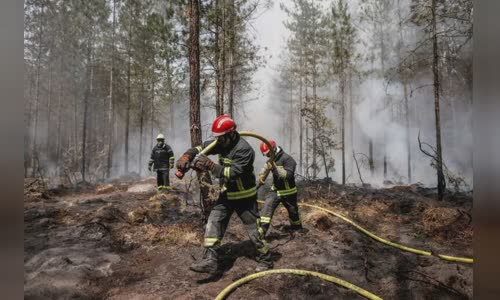 Many reactors of 56 nuclear power plants had to stop operating for maintenance.

However, the French nuclear energy management agency this month is temporarily exempted from the application, allowing 5 factories to continue discharging hot water into the river with the reason for meeting public needs.

In Norway, a winter does not have much snow and especially drought in the spring, including the drought April in 122 years, reducing the amount of water in the lakes.

Do that for Oslo, so that we still have the most important thing in life, the message is sent by the Oslo government to the people.

In May, the Statnett SF national power grid also warned about the risk of electricity shortage.

Southern Norway, where more than 1/3 of the country's reservoir, the water level has dropped to the lowest level in 20 years, only about 46%.