How Americans vote by mail

The Americans voted by mail more than 150 years ago and this form of election became more and more popular between Covid-19, though Trump assumed it would lead to fraud.

Some historians have suggested that the form of mail-based voting, or absentee voting, in the United States may have been around since the colonial era, but the Americans for the first time had large-scale absentee voting during 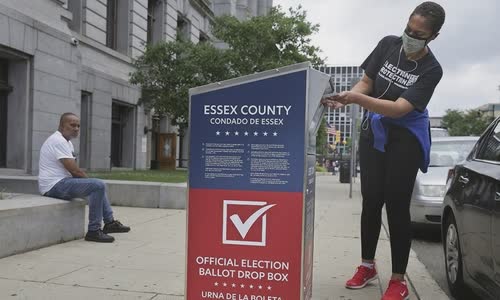 An American voter is voting by mail in Newark, New Jersey, in July Photo: AP.

In the 1864 election, when Republican Abraham Lincoln's incumbent president competed with Democratic candidate George McClellan, many American soldiers voted at barracks or field hospitals, under the watchful eye

This form of voting remained after the end of the Civil War.

At the same time, people who were not at home for work, not related to military activities, were also allowed to vote absent.

Decades later, mail-voters must provide a compelling reason for not being able to vote in person on Election Day.

Oregon is also one of the earliest states in the United States to adopt voting by mail.

Many election officials believe that voting by mail between a pandemic is a reasonable choice and voters can rely on this form of "safe and confidential" voting.

However, many experts say that election fraud is very rare in the US.

Many researchers have focused on the risk of identity fraud, which means a voter impersonates another person to vote. 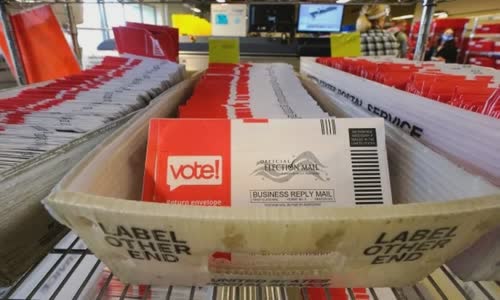 To limit the cases of fraud, US electoral agencies have applied many layers of security to vote-by-mail.

Eight states require signatures of witnesses, while three require notarization, according to the National Conference of State Legislative Bodies (NCSL).

Opening election envelopes is usually assigned to a different group of employees than the ballot sorting team.

All but four states of North Carolina, Kansas, Maine and Florida allow party observers to monitor the counting of votes, according to NCSL.

Many districts even use barcodes on envelopes to control ballots, according to New York University's Brennan Justice Center.

After completing the information on the ballot paper, voters will put the ballot in a sealed envelope, then put it in a second envelope and sign outside.

The process of checking and counting votes is considered quite complicated, because each state has its own regulations on when and how to proceed.

Depending on the actual state of affairs and regulations, this process could start 22 days before election day like Florida, or 14 days like Arizona or on election day, according to NCSL.

With the process is assessed quite strictly, experts say that voting by mail in the US is very rare.

Fortier also stated that the basic form of mail-based voting does not "cause more people to flock to the polling place, to facilitate those who vote directly".