Iran can own missiles that cover the Middle East

Iran is seeking to develop a guide weapon that can attack all targets in the Middle East, Israeli Prime Minister Benjamin Netanyahu warned on October 28.

"Tehran is seeking to develop precision guided missiles that can strike any target in the Middle East with a deviation of only 5-10 meters," Israeli Prime Minister Benjamin Netanyahu's office released yesterday. , after a meeting with US Treasury Secretary Steven Mnuchin in Jerusalem. 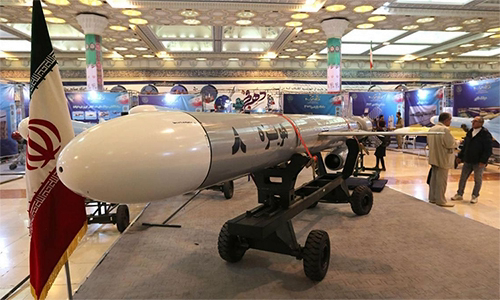 Israel has always considered Iran the biggest threat in the Middle East. Israel has repeatedly called on the United States to impose additional sanctions to prevent it from developing weapons, missiles, nuclear technology as well as deploying task forces abroad.

"They want to deploy them in Iraq, Syria and convert 130,000 of old Lebanese missiles into precision guidance weapons. They started bringing it into Yemen and targeting Israel from there," according to the Office of the Defense Office. Israeli general.

Minister Mnuchin at the meeting pledged to strengthen economic sanctions to put maximum pressure on Iran. "The US sanctions are aimed at stopping Iran's evil activities and financing terrorism, while also preventing them from developing missiles and nuclear capabilities," Mnuchin said.

The United States last year began to impose sanctions on Iran after withdrawing from the 2015 nuclear deal. US President Donald Trump decided to withdraw from the agreement, saying that it could not stop Iran from developing nuclear weapons. nuclear and cannot solve the missile problem of this country.

Many countries suspect Iran is behind an attack on cruise missiles and unmanned aircraft (UAVs) against Saudi oil refineries in September. However, Tehran denied the allegations. is an excuse for the US and its allies to intervene militarily in this country.