Putin does not blame Trump for Russia-US relations

Putin said he did not blame Trump for not improving Russia-US relations because he understood the political situation in Washington.

"We know that during the previous campaign, Trump said he supported the normalization (US-Russia relations), but unfortunately that has not happened," Russian President Vladimir Putin told the media. Arab image on October 13, referring to improving Russia-US relations, one of the commitments made by President Donald Trump during the election campaign. 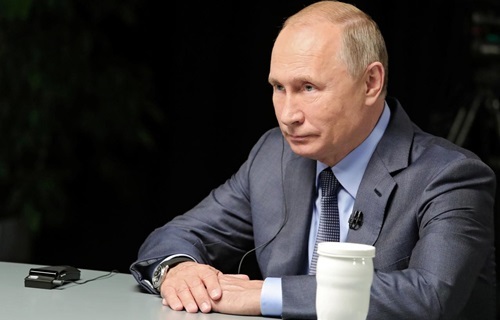 "However, we do not blame this because we see what is happening in US politics," Putin said, adding that the "internal agenda" of the US does not allow Trump to take action. Thai improved bilateral relations with Russia.

In the interview, the Kremlin boss also said that Russia possesses weapons that can neutralize all threats from the deployment of NATO missiles in Poland and Romania. "This clearly poses a threat because it is an attempt to level our strategic nuclear potential. That effort must of course fail," the Russian president said.

Despite efforts to improve bilateral relations between President Putin and his Trump counterpart, relations between the two countries remain strained over allegations that Russia interfered in the 2016 U.S. presidential election, poisoning the former officers' father and son. newspaper Sergei Skripal in the British city of Salisbury and the Russian capture of Ukrainian warships in the Kerch Strait. The Kremlin has repeatedly denied the allegations.

In March, the US Treasury Department imposed sanctions on eight individuals and six Russian entities, including shipbuilding and energy companies. The United States declares restrictions imposed by allies from the European Union (EU) and Canada.