Special task force finishes off the IS boss

The US military on October 26 conducted a top-secret operation against a residential area in the village of Barisha in Idlib province, northwestern Syria, where the Supreme Leader of Islamic State (IS) Abu Bakr al-Baghdadi resided with his family. family. 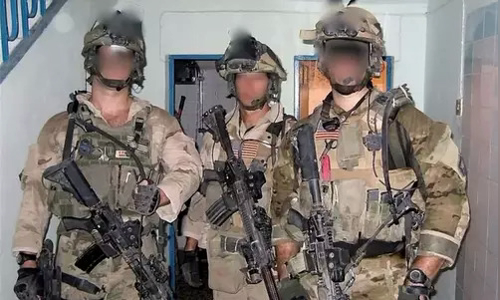 Delta soldiers on a mission in the Middle East Photo: Special Ops

US President Donald Trump said the campaign to destroy al-Baghdadi used a large force from the navy, marines and air force. However, the task force of the Delta forces is the spearhead, breaking the wall to break into the hideout of the IS leader and shooting soon after.

Trump said the US special task force quickly suppressed all resistance and chased al-Baghdadi into a tunnel. Cornered, al-Baghdadi detonated a suicide belt.

An unnamed US military official said the raid on al-Baghdadi's compound was conducted by Delta unit of the US Special Forces Command (JSOC). It maintains a 200-man unit in Erbil, the capital of the Kurdish Autonomous Territory in Iraq, whose main task is to identify and destroy IS leaders in the Middle East.

Delta is the most elite and secret force of the US Army, founded in 1977 by Colonel Charlie Beckwith modeled after the British Airborne Land Service (SAS). Delta, whose full name is "Special Operations Task Force 1 - Delta", is stationed at Bragg Base in North Carolina and is under the control of JSOC.

Delta members differ greatly in their training background, due to their backgrounds from various U.S. military units, even the former Navy Special Forces (SEAL). However, most Delta members are from the 75th US Army Regiment Regiment.

"All Delta soldiers are treated equally, regardless of the units they have served," said Craig Sawyer, a former task force who served in both SEAL and Delta forces. 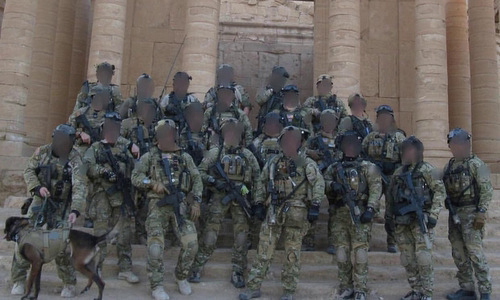 Every two years, Delta organizes a month-long membership selection course in the Appalachian Mountains with the participation of hundreds of candidates from various special forces and military service.

Although the candidates for the Delta force underwent rigorous training, the skid rate was still above 90%. Candidates who successfully complete the selection course may still be disqualified if not accepted by the judges.

After qualifying, candidates must attend 6-month Special Task Force (OTC), in which 30-40% of soldiers continue to be eliminated because they can not keep up with the stressful training. The rigorous training and high skid rates ensured that only the best soldiers could join Delta.

Delta has been deployed in many secret operations in locations around the world, including Afghanistan, Iraq, Syria, Somalia and Libya. This force is less noticeable than the Navy SEAL Team 6, which raided a Pakistani housing complex to destroy Osama bin Laden in May 2011. The Pentagon rarely even acknowledges the existence of Delta.

Delta forces work closely with the US Central Intelligence Agency (CIA) to develop intelligence data about the whereabouts of IS leaders. Information from the CIA is crucial to the search for al-Baghdadi.

A group of Delta soldiers raided al-Baghdadi's compound in the Expeditionary Expedition Force (ETF), which was ready to launch when there was reliable intelligence about the hideout of an IS commander. 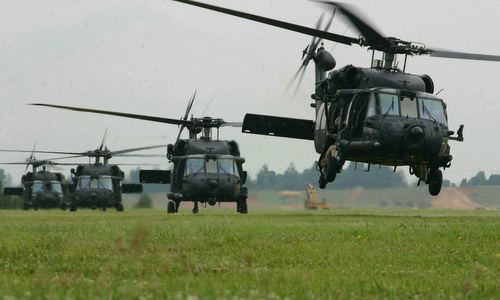 MH-60 helicopter of the 160th Regiment during a training course in 2017 Photo: US Army.

Once the ETF has enough information to launch the campaign, Delta troops will fly on MH-60 Black Hawk helicopters of Airborne Task Force Regiment No. 160 to the target area. Helicopters are equipped with noise reduction systems from the propellers and often fly very low to limit the risk of remote detection.

Delta has been involved in many operations in Syria since ISIS gained influence in the country in 2015. Soldiers have carried out operations to capture Abu Sayyaf, the manager of IS-occupied oil fields in eastern Syria. Sayyaf was killed after a fierce gun battle, but the ETF captured his wife and obtained important intelligence after the interrogation.

Not all Delta missions are successful. This unit has suffered many failures, most recently the rescue of two American hostages in IS hands in Syria, including journalist James Foley and aid worker Kayla Mueller, in 2014.

The failed raid left both hostages and several others killed by ISIS. The executors seem to be an English-speaking terrorist group nicknamed the "Beatles". Two of them were recently handed over to the United States from a prison administered by the Syrian Democratic Forces (SDF).

Delta soldiers also participated in the arrests in Libya's capital Tripoli in 2014. The target was Abu Ahmed Khattala, who was suspected of carrying out an attack on the US consulate in Benghazi two years earlier, prompting the ambassador and three American citizens were killed.

In April 2006, Delta task force and the US Air Force worked together to destroy Abu Musab al-Zarqawi, al-Qaeda leader in Iraq and also considered al-Baghdadi's predecessor before he turned the organization into IS. .

In the raid to destroy al-Baghdadi, the only loss of American Delta forces was a K9 operational dog. President Trump said the service dog had plunged into the tunnel to pursue the terrorist, but it is unclear to what extent the dog was injured.