The US asserts that NATO needs a change

US Secretary of State Mike Pompeo said NATO must develop and change if it doesn't want to be obsolete.

"It's been 70 years since NATO needs to change and evolve. It needs to face today's realities and challenges," Pompeo replied in Berlin, Germany today when asked if NATO was outdated. "brain dead". 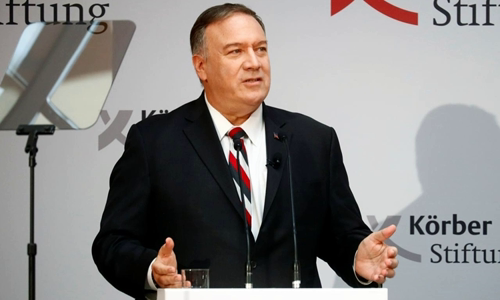 US Secretary of State Mike Pompeo speaks at an event to mark the 30th anniversary of the fall of the Berlin Wall in Berlin, Germany, today Photo: Reuters.

The statement by the US Secretary of State came after President Emmanuel Macron on the same day expressed skepticism about the current North Atlantic Treaty Organization (NATO) organization, and at the same time alluded to the US showing signs " turn away "from allies.

"If countries think they can receive security benefits without making a contribution to NATO or fail to comply with commitments, NATO is in danger of becoming inefficient or outdated," Pompeo added.

Under President Donald Trump, the relationship between the United States and NATO became more strained when the White House boss repeatedly pressed allies to increase the cost of contributing to the organization. The majority of member states' refusal to join the Maritime Security Alliance in the Middle East of the United States is also considered a move that "offends" Trump.