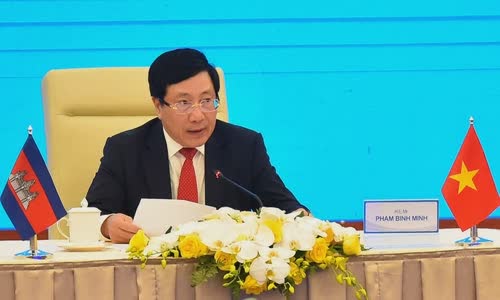 With the completion of exchanging the Ratification Document, two legal documents recording the achievement of demarcation (about 84%) of the Vietnam-Cambodia mainland border came into effect from today.

Speaking at the exchange ceremony, Deputy Prime Minister Pham Binh Minh said that the entry into force of the two legal documents demonstrates the determination and goodwill of both Vietnam and Cambodia in resolving the common border issue.

The two countries are expected to actively coordinate in order to soon organize the hand-over and management of borders and landmarks in accordance with the Protocol, and at the same time continue to negotiate and develop international treaties on regulations on border management and