China angry for the comment of the Japanese Prime Minister

China criticized the Japanese Prime Minister for calling Taiwan Island as a country and asked Japan to not let similar incidents recur.

At the press conference in Beijing today, the Chinese Foreign Ministry spokesman Uong Van Ban said that the country has strongly opposed the Japanese Prime Minister Yoshihide Suga mentioned in the yesterday between Liberal Democrats (LDP 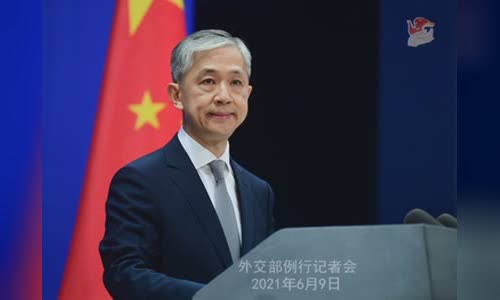 Mr. Suga's statement seriously violates the commitment of Japan that does not consider Taiwan as a country, Mr. Uong said, while calling on Japan to clarify the problem and ensure similar things never happen

The Chinese Foreign Ministry spokesman Uong Van Ban at the press conference in Beijing on June 9.

Mr. Uong also requires Japan to respect commitments, cautiously with words and actions, do not harm China's sovereignty in any form.

Only one Chinese in the world and Taiwan is partially inviolable of Chinese territory, Mr. Uong stressed.

China always watchs Taiwan as part of the territory waiting for unification, including the use of force.

Meanwhile, the relationship between Japan and Taiwan Island is warming up recently.