China opposes the US to negotiate trade with Taiwan

China said it would take strong measures to protect the territorial integrity, calling for the United States not to issue a commercial mistake with Taiwan.

China resolutely opposed trade negotiations between the US and Taiwan, which will implement all necessary measures to protect the territory, security and develop interests, the Chinese Ministry of Commerce said today. 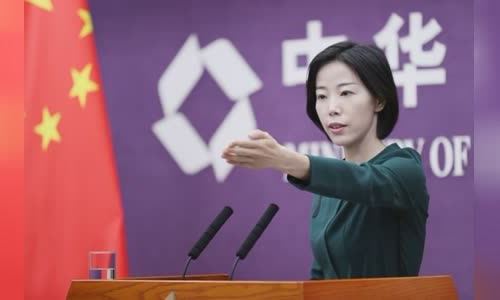 The Chinese Foreign Ministry on the same day had the same warning, calling for the United States to not make a wrong decision.

China responded after John Deng, a Taiwanese trade negotiation official, expressed his hope to start trade negotiations with the US earliest in September, towards a bilateral freedom agreement.

The policy of one China is a prerequisite for Taiwan to participate in economic cooperation with outside countries, Shu Jueting, Chinese Trade Ministry spokesman.

Washington and Taipei in June announced the US -21st commercial radio.

The US Secretary of State affirmed that Washington did not change the policy with Taiwan, and warned China's risk of miscalculation on the problem.

China criticized the United States as a bully after the White House officials who accused Beijing overreacted to Pelosi's visit to Taiwan.