The court in Tokyo requires the Fukushima factory operators to pay 94.8 billion USD damage because of the 2011 nuclear disaster.

4 former leaders of Tokyo Power Company (TEPCO), the operating party of Fukushima nuclear power plant, was requested by the Court in Tokyo on July 13 to compensate for damage in the lawsuit, which was given by shareholders, Lien Lien 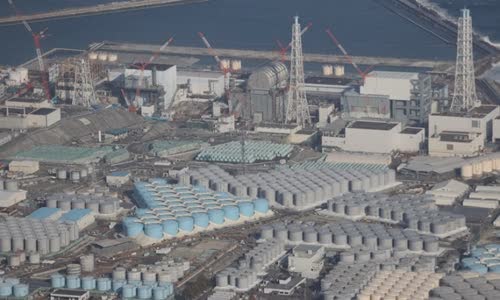 If you make a wrong or wrong decision, you have to compensate for your money.

The plaintiffs today bring banners with content such as confirmation of responsibility, victory for shareholders when appearing in court.

Meanwhile, TEPCO leaders argued that studies presented by shareholders were unreliable and could not predict the risk.

After the court ruled, spokesman Tepco said they once again apologized to the people and society for the nuclear disaster in 2011. However, Tepco declined to comment on the ruling and did not reveal it resistant.

On March 11, 2011, a 9 -degree strong earthquake happened off the northeast of Japan, leading to the giant tsunami sweeping three coastal provinces and many surrounding areas, causing 18,500 deaths and died

The earthquake and tsunami caused damage to the cooling system of Fukushima I nuclear power plant, spreading radiation and causing the most serious nuclear disaster in the world since the Chernobyl.

About 12% of the Fukushima area was once identified as unsafe.

The fact that Japan decided to discharge wastewater from the Fukushima factory to the ocean was opposed by many countries, but scientists thought it was not dangerous.

Driving to a high land after a 7.3 -degree earthquake shaking Soma, Fukushima, Akiko Ogai remembered the double disaster 11 years ago.