IS announced to kill 6 Taliban members

The IS-K terrorist organization accepted the series of attacks in Jalalabad City, causing at least 6 Taliban members to kill.

Muslim group Khorasan (IS-K), Afghan branches of Muslim rebels (IS) claiming, taking responsibility for three attacks in Jalalabad in the eastern country on 22 and 23 / 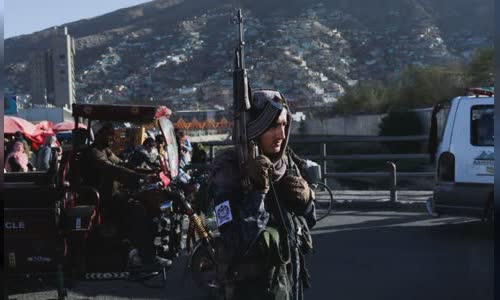 Taliban has not yet commented on information, but the Security Officer said that three IS-K members were destroyed on September 21, a day before IS-K performed a series of attacks in Jalalabad.

The Taliban gunman stands down on the streets of Kabul, Afghanistan, on September 16.

IS-K had previously accepted the responsibility to attack at Kabul airport on August 26, killing more than 170 people.

The Taliban, an enemy of the shared sky of IS-K, is said to be inevitable from this group's threats in the context of toning Afghansitan control.