Tide Tide Communications said that people are heartbroken when they witnessed the leadership of Kim Jong-un thin markedly. 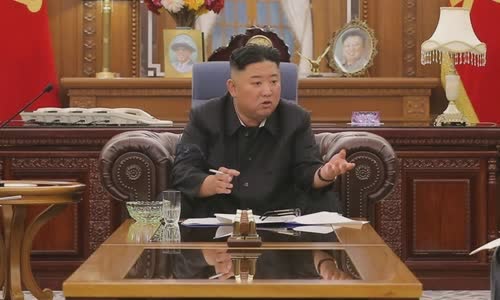 The people expressed the attitude of anxiety for President Kim Jong-un after they viewed the image he appeared in a concert with recent Korean Labor Party officials.

The Korean President Kim Jong-un thin significantly in the photo published by the KCNA news firm on June 8.

NK News, the site specializing in Korea based in Seoul, at the beginning of the month, said Chairman Kim Jong-un seemed to have lose weight significantly when his wrist seemed small and the clock wire he wore

Vipin Narang, Associate Professor of Political Science at Massachusetts Institute of Technology (MIT), told NK News that if Kim Jong-un actively lose weight, it was able to improve his position in the country.

According to the Korean Intelligence Agency's assessment, North Korean President Kim Jong-un weighs 90kg in 2012 but has increased to 140kg by 2020.

The speculation of Kim Jong-un health issues once raised when he was absent in public for a long time.

In April 2020, the rumors of Korean president was severely ill or in critical condition after surgery.