Mr. Trump's calculation in the match with the US Department of Justice

Mr. Trump continuously demanded the US Department of Justice to publicize the entire report on the Mar-A-Lago Palace's search order, seemingly aimed at lowering the reputation of the investigating agency. 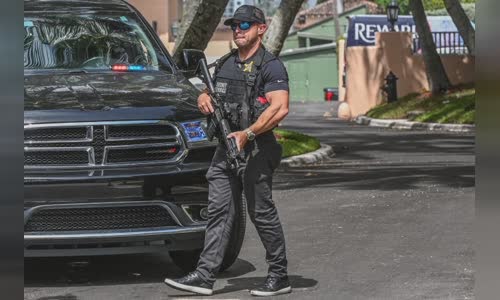 Reinhart was also nearly a month before approving the search command for the FBI, resulting in the seizure of dozens of documents in Mar-A-Lago, making Mr. Trump face many allegations, including criminal violations.

Former President Trump and his Republican allies over the past few days have put pressure on judicial agencies, claiming to publish the full written report of the FBI investigator leading to the search on August 9.

The US Secret Service outside the Mar-A-Lago mansion of former President Trump in Palm Beach, Florida, on August 9.

Mr. Trump said that this step would strengthen the argument that he was investigated without reason and this was a campaign of political motivation targeting the Republican party before the midterm election, as well as hindering the opportunity to re -re -chance.

Experts said that the case reported by the US Department of Justice with the censored version partly content that he would put Mr. Trump in a disadvantageous situation.

Attorney Neal Katyal, former head lawyer for the White House in the Barack Obama and had litigation many lawsuits in the US Supreme Court, said the Ministry of Justice had won this time.

The non -censored content will reveal a lot of shocking information about Donald Trump.

The arguments in the report will show the actions of judicial Minister Merrick Garland.

The US Department of Justice has not yet commented whether they want to appeal the decision of Judge Reinhart, or how the upcoming report will be censored.

Former US President Donald Trump outside the Trump tower in New York City on August 10. 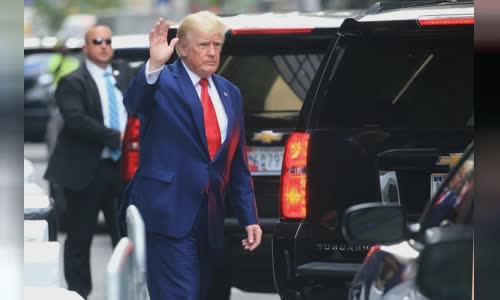 Meanwhile, Lindsey Halligan, Trump's lawyer, said her client only accepted to read the non -censorship report, otherwise it would conclude that the public authority was lacking transparency and injustice.

Taylor Budowich, a spokesperson for Trump, on August 18, argued to publicize the case documents without censorship is the right of the American people, not just the former president.

Experts say fierce messages from Mr. Trump, the advisory team and allies revolving around the Mar-A-Lago scandal is following the familiar tactics that the former president has applied repeatedly.

Trump started the formula with an unbelievable request, in this case, it is a request for an investigating agency to publicize sensitive information about business and witnesses.

Mr. Trump and his advisers understood that the investigating agency obviously could not reveal all the information, so they prepared for the next step to lower the prestige of the investigation once the public agency spoke out from

Dan Richman, a law professor at Columbia University, said that the US government agency, in every case, did not like the story of public searching for a search and was placed under the political lens, in order to examine the power of the public agency.

Richman said that the Trump faction was recurring the prestigious tactics of the law enforcement force in general, and the investigating agency was targeting him.

This legal battle will create a bad precedent for other important searches in the future, the law professor of Columbia University warns.

Opening an unprecedented raid into the former president's house, the FBI is said to find confidential documents that they suspected Mr. Trump has not returned.