Murakhovsky, the doctor used to treat the Russian opposition leader, returning to normal health after three days of missing in the forest.

Omsk provincial government said Dr. Alexander Murakhovsky today leaves the forest near where he is missing and finding people in the village Basly nearby for help. 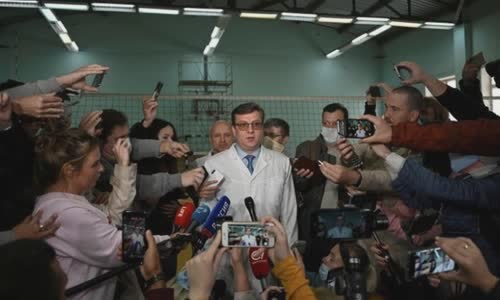 Dr. Murakhovsky at the press conference in Omsk Province in August 2020.

Murakhovsky was announced missing by the acquaintance on May 8, after driving a terrain car leaving the hunting area a day earlier but didn't come back.

Murakhovsky is the Director of Number 1 Emergency Hospital in Omsk when the Russian opposition leader Alexei Navalny was included in the fees for acute poisoning of the hospital on August 20, 2020.

Murakhovsky organized many press conferences for Navalny hospitalization and told the press that "the main diagnosis" for Navalny was the "metabolic disorder, causing strong blood sugar."

The United States and European countries accused Russia to poison Navalny with neurotoxicity, decided to punish many MOSKVA officials for this action.