President Nguyen Xuan Phuc expressed his deeply condolences to the sudden departure of former Prime Minister Abe Shinzo at the Emperor Naruhito's Japanese meeting in Tokyo today, according to the statement of the Ministry of Foreign Affairs. 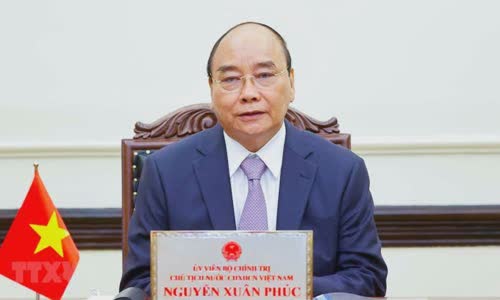 Given that Vietnam - Japan relations are valuable heritage that needs to be preserved and promoted, President Nguyen Xuan Phuc assessed that the two sides have sympathized and supported each other in difficult times, especially in

Nhat Hoang Naruhito shared memorable memories of Vietnam during the visit to the prince in 2009, thanks for the thoughtful and warm welcome of Vietnam for the Japanese royal members, especially

Nhat Hoang said that it attaches great importance to Vietnam -Japan Friendship Cooperation and will support and make every effort to contribute to the development of bilateral relations.

President Nguyen Xuan Phuc and the high -ranking delegation visited Japan from September 25 to September 28 to attend the national funeral Mr. Abe, the Prime Minister had the longest time to take power in Japanese history.

During his time in Japan, the President met Prime Minister Fumio Kishida and discussed measures to strengthen economic cooperation, as well as bilateral contact with senior leaders of countries and partners, including the Prime Minister.

Akie and the Japanese Prime Minister thanked President Nguyen Xuan Phuc to attend the funeral of Mr. Shinzo Abe, considering this as a testament to the close relationship between the two countries.