The Act of dealing with inflation shaping the heritage of Mr. Biden

The Act of Reducing Inflation is a great achievement that contributes to shaping Mr. Biden's heritage, although it is too early to talk about its impact on the United States.

After nearly a year of discussion, President Joe Biden's $ 430 billion inflation decrease law last week was approved by the US House of Representatives, after being approved by the Senate. 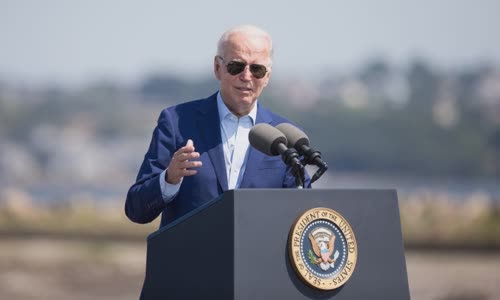 The Act of Reducing inflation is much more modest than the original plan of Mr. Biden, but it still completes a major part of his agenda, Charles Hankla, Associate Professor of Political Science at State University

The law of inflation reduction is smaller than the bills of climatic and social spending better (Build Back Better) that the Democratic Party and Mr. Biden have hoped to approve, but this is still seen.

The second field in the Act of Reducing inflation focuses on tax issues, when creating a minimum tax rate for enterprises.

The third field is prioritized by the law to invest in energy security and climate change.

This funding will help reduce the use of fossil fuels in the US and promote the economy towards more replacement energy sources, Hankla said.

The bill is passed by less than 4 months left to organize the National Assembly election.

The Act of Reducing Inflation is a resounding victory for American families, US House of Representatives Nancy Pelosi said after the law was approved.

President Biden also plans to have a trip to the country to promote the law and a number of other legislative victories at a time when many voters are disgusted with him and the Democratic Party because of inflation. 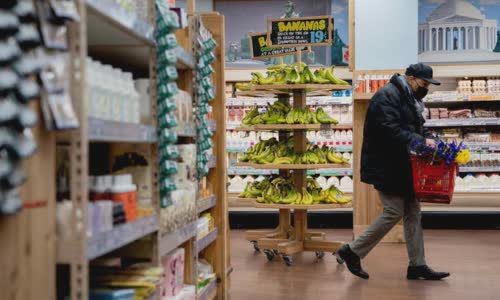 About half of Americans supported the law, according to the survey conducted by Reuters/IPSOS conducted on August 3-4.

In the US political, it is difficult for the incumbent president's Party to win the midterms elections, Associate Professor Hankla said.

Despite the great victory with the law of inflation, the legislative achievement of Mr. Biden is still considered to be far behind the scale and ambition of the famous New Deal new economic policy of President Franklin D. Roosevelt or Great.

The analysts added that Biden's new law did not show the ability to unite the dual party, but even exposed the disagreements within the Democratic Party, causing him to shrink the terms of the terms compared to

The Republican Party also immediately pointed the nose of the law that has just been approved by the US Congress.

American people shop at a grocery store in Washington on April 12.

Since taking office in January 2021, Mr. Biden has signed a plan to rescue Covid-19 relief worth 1,900 billion USD, the $ 1,000 billion infrastructure development package, the US $ 280 billion chip production law and the law.

Analysts said that along with the law of inflation reduction, these achievements can be considered the focus in Biden's heritage as the 46th President of the US.

Despite political factors, inflation reduction laws with climatic aspects, industrial policies and health care are still a great victory bearing the imprint of the government of Biden, Associate Professor Hankla.