The country congratulates the new leadership of Vietnam

Leaders of Laos, China, Cambodia, Russia, Japan and Italy on April 5 to congratulate the new President of the country, Prime Minister and Chairman of the National Assembly of Vietnam.

In the sending letter and calling to congratulate, the General Secretary, Lao President Lao Thunglun Sisolith expressed the trust of President Nguyen Xuan Phuc and the new leadership will continue to bring Vietnam to win bigger achievements, follow 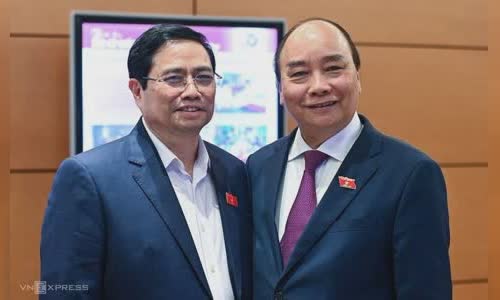 Lao Prime Minister Phankham Viphavanh sent the electricity to celebrate the Prime Minister Pham Minh Chinh, expressed his best with comrades with a friendly relationship "between the two countries," because of peace, stability and development cooperation in the area

In the Power congratulates President Nguyen Xuan Phuc, Russian President Vladimir Putin said that the results of voting in the National Assembly are demonstrating to the great reputation that Chairman Nguyen Xuan Phuc deserves it.

The Russian President affirmed the friendship, a long-standing respect between the two countries, believing in the two sides will strive to develop bilateral strategic partnerships, mutually beneficial cooperation in the fields, stable consolidation and stability and

Vietnam National Assembly approved the resolution of electing Mr. Nguyen Xuan Phuc, Member of the Politburo, served as the President with the ratio of 97.5% in April 5 and electing Mr. Pham Minh Chinh to hold the prime minister, at the time