Prince Al-Shaalan warned that the West did not threaten Saudi Arabia, emphasized that the Middle Eastern nation was the land of Jihad and Zorians.

To the West, anyone who challenges the survival of the kingdom, remember that we are Jihad and Tu for the religion, the Saudi Prince Saud Al-Shaalan on October 17. 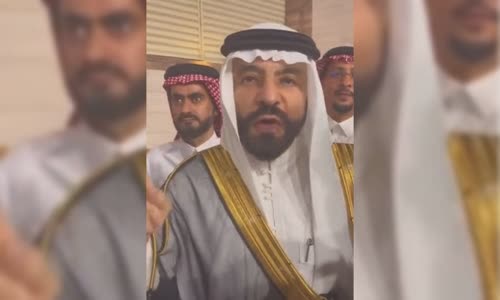 A source in Saudi Arab said Prince Al-Shaalan did not represent the government.

Prince Saud Al-Shaalan (middle) in the video on October 17.

The message was given by Al-Shaalan in the context of unprecedented tensions between the United States and Saudi Arabia, after the Middle East nation led OPEC+ The decision to cut oil production despite the US Export Request.

OPEC+, a group of 13 countries belonging to the Organization of Petroleum Exporting Countries (OPEC) and 10 other oil production countries, including Russia, on October 5, announced the reduction of two million barrels of oil per day from

US President Joe Biden criticized Saudi after OPEC +'s decision, saying that the Middle Eastern nation sided with Russia in a conflict in Ukraine.

The White House considers OPEC+ sharply reducing oil production as a comprehensive disaster, but it cannot stop this script from becoming a reality.

Limiting the sale of weapons or withdrawing forces from Saudi Arabia are two of Washington options being considered to punish Riyadh for reducing oil production.