A wake-up speech about Merkel's Covid-19

On the evening of March 18, in a rare speech on national television, German Chancellor Angela Merkel urged all people to be aware of the risks and dangers posed by the Covid-19 pandemic. do your part to help prevent the spread of disease in the community. Her speech came a day after Germany announced drastic restrictions against Covid-19, in the context that it had recorded more than 15,000 cases and 44 deaths from nCoV. The number of infections continues to rise. 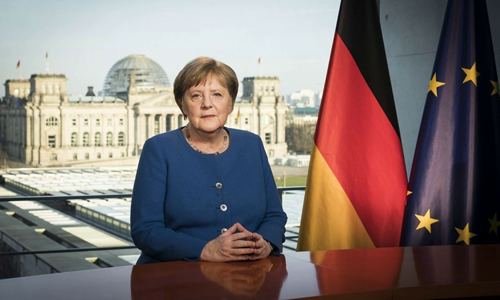 German Chancellor Angela Merkel spoke on national television on the evening of March 18 about Covid-19 Photo: Cabinet of Germany

"The situation is very serious. Take it seriously. Since the reunification of Germany, no, since World War II to date, no country has challenged a degree of unanimous and unifying action." the most, "she stressed.

Unlike Italy, France or Spain, Germany has yet to impose a nationwide blockade. However, Berlin has banned entry for all non-European Union (EU) citizens, restricting travel and closing many public places, businesses and educational institutions.

Merkel wants the German people to strictly abide by the measures set by the government, confirming whether the fight to repel Covid-19 success or failure depends on each person having to fulfill his or her duty.

"I believe we will succeed with the task ahead, as long as all the people in this country understand that it is also your duty," she asserted. "I also want to tell you why we need the contributions of everyone and what each can do to help."

Earlier, health experts warned that the number of nCoV infections in Germany could be as high as 10 million in the coming months if people do not follow government measures to slow the spread of the disease. Chancellor Merkel also said that 70% of the German population (about 83 million) could be infected.

This is the first time in nearly 15 years that Merkel has made a direct, unspoken speech to the people of the country. The German Chancellor made her personal statements, which she rarely did, and promised to ensure the transparency of information from the authorities.

"I speak today in this unusual way because I want to tell you about what is driving my actions, as a prime minister, as well as my colleagues in government at the stage. We explain our political decisions and make them transparent, which is part of an open democracy, "she said.

"Restrictive measures should only be introduced when they are absolutely necessary. In a democracy, they should not be arbitrarily applied and should be temporary. But for now, they are really needed to save." live human, "said Chancellor Merkel. "We are a community where every life, every human being is precious."

As in previous statements about nCoV, Merkel continues to emphasize the need for "community isolation". "It all depends on us. We must not be helpless to watch the virus spread. We have to fight against it: We must practice community isolation," she said. 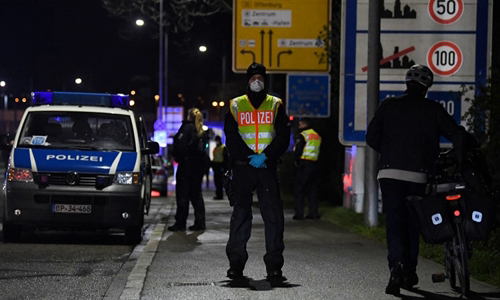 A German policeman stands guard in a vehicle control area between the city of Kehl, Germany and Strasbourg, France on March 12 Photo: AFP

Chancellor Merkel thanked the efforts of health professionals and supermarket workers, and reassured people that the store would never run out of food. Germany last week experienced a shopping panic when people rushed to stock up on supplies.

She also stressed that Germany "needs to do whatever it takes" to bring the economy and business back to normal. The Covid-19 crisis rocked the stock market and froze global business. German banks expect this country's GDP to fall by 5% this year.

As the number of infections continues to increase day by day, Merkel calls this an "urgent situation", asserting that the government will "continue to learn to be able to change strategy at any time and take steps." as well as various tools ".

NTV and many German newspapers called Chancellor Merkel's speech a "final warning" to avoid a forced blockade scenario. The Bild newspaper called it a "historic" speech, touching, marking the change in tone of a "very alert prime minister".

In an age when fake news flooded with the rise of populist leaders, Merkel's approach to the problem was almost obsolete. However, when the pandemic broke out, this was arguably the most important quality to help her reassure the German people and persuade them to follow strict measures imposed by the government to stop Covid-19, Arne Delfs and Patrick Donahue from Bloomberg review.

Covid-19 marked the first time in more than 70 years of post-war Germany's history that people faced a crisis that threatened to destroy the national social structure. At such a critical moment, Merkel seems to be more trusted than any other politician, Ulrich Sarcinelli, political scientist at Koblenz-Landau University, said.

"She acted as if a doctor was prescribing to patients but at the same time made it clear that things would get worse if they didn't take them," Sarcinelli said. "People clearly expect an experienced leader like that."