Controversy over 3,000 Chinese soldiers 'disappeared' in 1937

A battalion of 3,000 Chinese soldiers disappeared without a trace in 1937, sparking controversy in history.

The Second Sino-Japanese War (1937-1945) ended for 75 years, but the disappearance of 3,000 Chinese battalion soldiers from China remains a mystery. 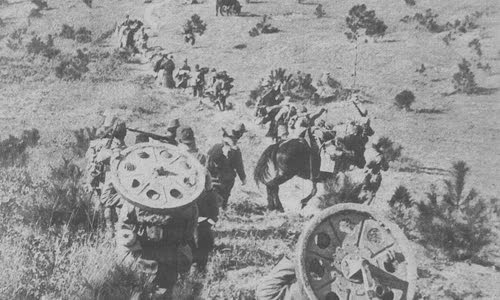 In December 1937, about 3,000 soldiers were sent by the Nationalist Party to Nanjing, a city occupied by the Japanese empire earlier.

On the evening of December 9, 1937, battalion commander Li Fu Sien went to sleep as usual after inspecting soldiers to dig defenses and organize guard patrol.

The battalion's defensive line did not answer any communication signals and calls.

The investigation team found no signs of fighting at night.

The remaining soldiers were interrogated about the missing forces.

The first hypothesis given by historians was that the missing soldiers surrendered to the Japanese.

Another theory is that battalion soldiers have abandoned their defensive positions and defected simultaneously.

The Japanese report showed that they did not encounter any Chinese soldiers.

Many years later, many theories have been put forward to explain the disappearance of 3,000 Chinese soldiers, but no real solution has been proved.