Singapore is struggling with a new wave of nCoV infection in migrant workers' dormitories, a month after it declared it "clean of Covid-19".

When the Singaporean authorities discovered Covid-19 raging throughout the worker dormitories on the island nation, they sealed off all workers inside, tested and issued a nationwide blockade. 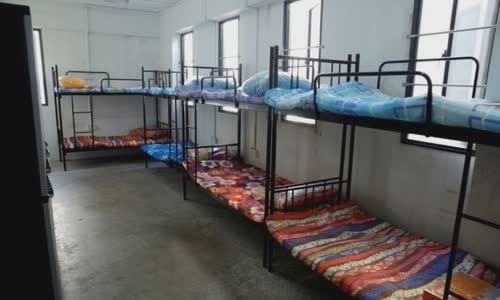 A dormitory for migrant workers who left Covid-19 in Singapore on May 15 Photo: Reuters.

By August, the Singapore government declared all workers in the dormitory cured or negative nCoV, while the number of new infections outside the area was only 2 shifts per day.

However, the number of infections in the workers' dormitory began to rise, reaching 45 cases per day, showing the challenges of trying to contain Covid-19, even in closely monitored areas.

As the nation falls into a recession and faces great pressure to revive the economy, Singapore authorities are opting for selective quarantine instead of a broad-based one, but most workers do.

Dormitories, home to more than 300,000 workers in industries such as construction and shipbuilding, with several people sharing a room, account for nearly 95% of Singapore's more than 57,000 Covid-19 cases.

"The situation shows that it is difficult to eradicate this virus," commented Michael Osterholm, an infectious disease expert at the University of Minnesota, who closely watched the Singapore campaign.

When Covid-19 broke out in the dormitory again, workers had to consider to avoid further concerns for the future, and employers had to think of ways to secure enough workers.

"Many restarted projects have to stop," said Nixon Loh, general manager of construction company Loh & Loh, who said 70 out of 280 of his workers were forced to stay home again.

Many people in the dormitory are not contaminated with CoV, but the isolation of the whole area puts them at risk.

Coping with this relapse, instead of closing the dormitory completely, Singapore is betting on a different direction: let workers go to work but have to constantly test, maintain social distance. 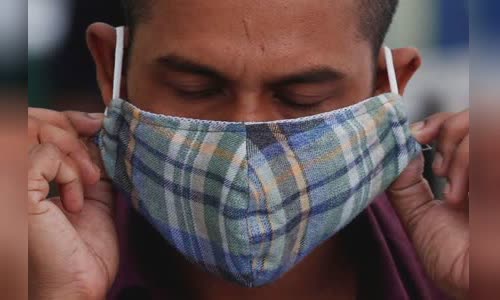 A migrant worker wears a mask after picking up his nose in a Singapore dormitory on May 15 Photo: Reuters.

"We believe that continuous testing will help control the epidemic," said Tan See Leng, deputy minister of the Ministry of Manpower of Singapore.

There is still a potential risk of infection, when symptoms appear very few, while PCR testing may not detect the virus at the time of sampling.

Singapore's Ministry of Health said some new infections showed positive antibody tests, indicating that these were nCoV-infected cases but had recovered and were no longer capable of transmitting to others.

Other measures taken to combat viruses include reducing the number of people in a dormitory room, checking wastewater for viruses on site, and adopting more extensive technology to track human contact.

Hsu Li Yang, an infectious disease specialist at the National University of Singapore, said the risk of mass-shutdown of hostels again is very low and quarantine measures will be more targeted.

However, most migrant workers can only travel between dormitories and workplaces.

"Aside from traveling on the shuttle, we are not allowed anywhere," said Sharif Uddin, a construction supervisor.

The construction industry was hit hard when dormitories were blocked, causing second-quarter growth to fall 59%.

"It feels like I'm in jail," said Habibur Rahman, 25, a construction worker.