The Japanese prime minister comes from a farmer

The son of a farmer, Suga grew up in the countryside of Akita prefecture and moved to Tokyo while studying at university while earning money.

If Shinzo Abe is supposed to be born as prime minister, his potential successor's path to becoming a political star is quite different. 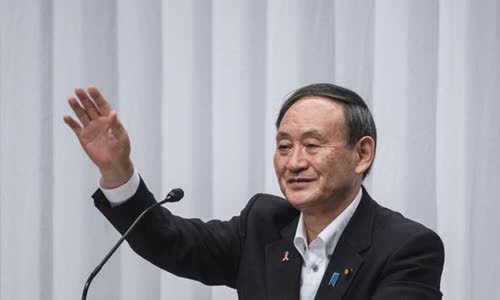 Cabinet chief Yoshihide Suga waved his hand after a debate about the election of the leader of the Liberal Democratic Party at party headquarters in Tokyo on 9/9 Photo: Reuters.

Former foreign minister Fumio Kishida and former defense minister Shigeru Ishiba are also running for the chair of the LDP.

Abe and Suga have been together for almost a decade, since Abe became Prime Minister in 2012. Abe then went on to be Japan's longest-serving leader since the end of World War II.

Suga was Abe's right hand man during his tenure, serving as the prime minister's cabinet secretary, and as a coordinator between the chief of staff and the press secretary.

Abe was born into a family of rich political traditions with his father as foreign minister.

Suga is again the son of a farmer, famous for being a pragmatist, a skilled negotiator behind the scenes.

So Suga decided to run for the city council in Yokohama.

His style hasn't changed since that campaign.

If elected as prime minister, Suga is expected to become a "second Abe", according to Kazuto Suzuki, vice principal and professor of international politics at Hokkaido University.

Suzuki said it is possible that members of the LDP are making the most of Abe's popularity shortly after he announced his resignation, despite his earlier decline in support.

Brad Glosserman, an expert on Japanese politics, said that Suga has yet to show that he is "truly out of the Abe's line or that of the LDP in general".

"His life story is very interesting. He portrays himself as an independent man. The question is to what extent his personality will shine," said Glosserman.

This will be a difficult task.

Major problems such as public debt and population aging persist despite Abe's calls to reform gender equality in the workplace.

If chosen, Suga would have to express himself in public soon.

As Chief Cabinet Secretary, Suga is widely regarded as a successful spokesperson because he can convey the message without obscuring Abe's information or image.

"Nobody knows what this man really is like. He's just behind the scenes," said Glosserman of Suga.