Former defense minister suspected of being the "godfather" of Mexican drugs

US officials a few years ago overheard a Mexican gang member referring to a powerful "godfather" and realized this was a familiar face.

US federal agents watched him for months, suspecting that the "godfather" playing a central role in the drug trade was a senior official in the Mexican military. 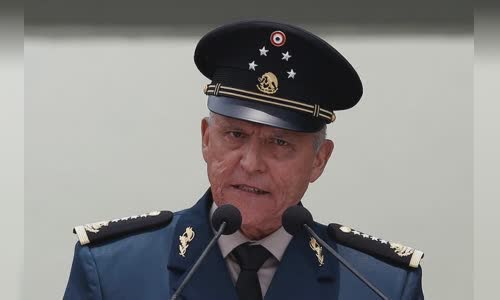 One day, suddenly a Mexican gang member was overheard saying that "the godfather" was on television at the time.

Cienfuegos led the Mexican Ministry of Defense between 2012 and 2018, under President Enrique Peña Nieto, who left office two years ago.

US officials have finally determined that the mysterious tycoon "defends" one of the nation's most violent drug cartels as the leader in charge of Mexico's fight against organized crime.

On October 15, Cienfuegos was arrested by US officials at an airport in Los Angeles while traveling with his family.

The arrest was the result of a multi-year investigation called Operation The Godfather.

In exchange for lucrative bribes, Cienfuegos also directed the Mexican army, a key force in the national anti-drug campaign, not to conduct raids against H-2, but on the gangs.

Since 2006, Mexico has allowed the military to become the main force in the war on drugs, after police were deemed impotent and corrupt against gang crimes.

In December 2017, Mexico passed a security law that bolstered the military's role in the fight against drugs, prompting the UN and human rights groups to protest.

Cienfuegos played a key role in persuading politicians to pass laws, asserting that the military is the only force that effectively confronts organized crime.

Under the supervision of Cienfuegos, the Mexican military has been accused of carrying out unprocessed executions, including the shooting of 22 members of a drug gang in Tlatlaya, central Mexico, in June 2014.

Cienfuegos's arrest does not appear to be a cooperative activity between the US government and Mexico.

Although a group of American agents at the time identified Cienfuegos as a partner with the Meza Flores gang, the US and Mexican law enforcement did not initiate an investigation into him.

But by 2015, the question of Cienfuegos increased.

Reaction to the US defense of the former defense secretary, Mexican President Andrés Manuel López Obrador pledged to suspend anyone in the government regarding the allegations, but stressed the need to avoid instability.

During an interrogation in Los Angeles court on October 16, the judge allowed US officials to continue detaining Cienfuegos, at least until a formal hearing next week.

Military commanders in Mexico have great autonomy, rarely "bow" to political pressure and are often defended by the president.

Because of that enormous power, analysts have long suspected some of the top leaders in the Mexican military are corrupt.

"This is a huge deal," said Alejandro Madrazo, a professor at CIDE University in Mexico.