Indonesian doctors are afraid of the Chinese Covid-19 vaccine

The Indonesian doctor's Covid-19 death rate is among the highest in the world, but the CoronaVac vaccination campaign does not relieve them of anxiety.

Nearly 1.5 million Indonesian health workers will be the first in the world's fourth-most populous country to be vaccinated with Chinese pharmaceutical company Sinovac Biotech's CoronaVac vaccine, after Indonesia launched its campaign to vaccinate from 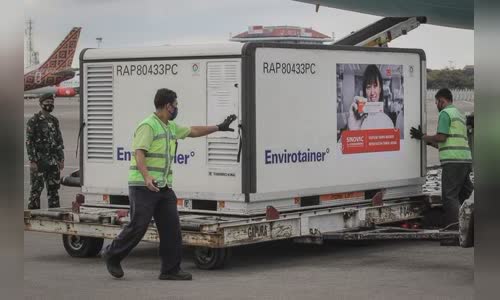 "I am not against vaccines. I am just against Sinovac," said Yusdeny Lanasakti, a doctor in East Java province.

Indonesia issued a CoronaVac emergency license on January 11 based on tests in the country that showed it was 65.3% effective.

Sinovac has not commented on the issue.

The Indonesian Medical Association also encourages the use of CoronaVac, in the context of at least 259 doctors in the country who have died of Covid-19.

The number of doctors dying in Indonesia is only about one-third that of India, but India has a population more than five times and the number of deaths from Covid-19 is six times higher than in Indonesia.

Dominicus Husada, a pediatrician in East Java, says he is ready to be vaccinated but has some unanswered questions about CoronaVac, like how long the immunity lasts and how it diminishes over time. 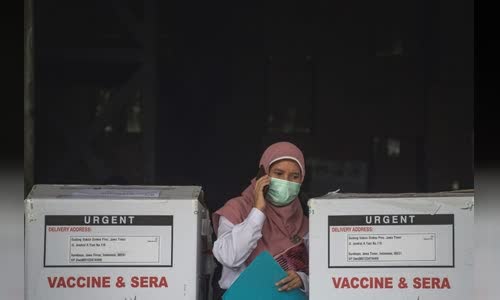 Doctors want more information about the vaccine to ease concerns, said Tri Maharani, a doctor in East Java who had previously had Covid-19 and would not have received CoronaVac.

Dicky Budiman, an epidemiologist at Griffith University Australia, added that "if health experts have questioned it means there are fundamental problems".

Siti Nadia Tarmizi, a senior official at Indonesia's Health Ministry, said there would be no sanctions against doctors who refused to be vaccinated, but advised health workers not to worry.

Besides logistics, Chinese vaccine skepticism is also a challenge for the Indonesian government to fulfill its goal of vaccinating more than 180 million people in its thousands of islands over the next 15 months.

A December 2020 survey showed that only 37% of Indonesians were willing to get the vaccine, 40% said they would consider it and 17% refused.

"It seems that vaccine development is in a hurry to stop the pandemic, but only a few trials have been completed," she said.