Judgment of housewife compensation for ex-wife causes a stir

The Chinese social network argued over the ruling that required the husband to pay his ex-wife nearly $ 8,000 for 5 years at home as housewife.

Under the new Article in the Chinese Civil Code takes effect from this year, the husband or wife when divorced has the right to request the enemy to pay compensation if they feel more housework. 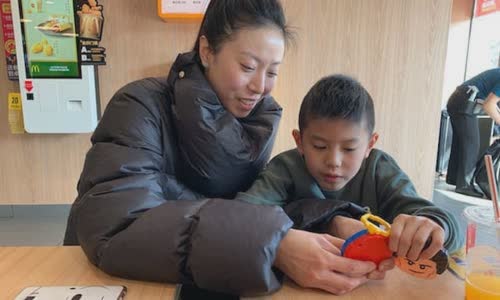 A Chinese woman taking her son to eat in Shenyang City in 2019 Photo: The Observe

In the lawsuit to submit to the Beijing Court, Ms. Wang said for five years of life, she "takes care of children, managing the family, making housework, while her husband is not taking care of or participating in any

Wang applied to ask Chen compensation for housework and take care of their children she made.

A judge said that the money reflects the time of the two spouses of living, plus "the effort that Wang has devoted to the house, the income of Chen and living expenses".

After the local media this week reported that Wang appealed, because she initially demanded 160,000 yuan in compensation, the Chinese social network has sparked debate about the value of housework that women in the family.

"Women who don't stay at home for housewife because they are divorced, she will have nothing. 50,000 bad money is a cat", a commenter.

"Hiring a full-time maid for half a year costs more money than that. Since when have women's youth and emotions been so cheap?"