Covid-19 appeared in 185 countries and territories. Spain and Germany have surpassed Iran, becoming the third and fourth largest epidemic region in the world after mainland China and Italy. The number of deaths in Europe exceeds 5,000. 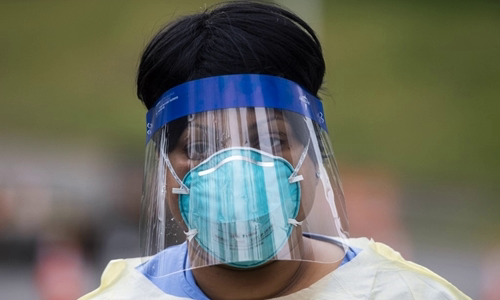 Italy, the largest epidemic region in Europe and the second largest in the world, recorded 47,021 cases and 4,032 deaths. The death rate is 8.5%, double the global average of 4.1%, mainly because Italy has Europe's oldest population. Nearly 99% of deaths have underlying disease.

Germany recorded an additional 4,528 cases and 24 deaths, bringing the total to 19,848 and 68, respectively. Despite being the third largest epidemic in the world, the mortality rate in this country is only 0.3%. Experts say the reason is that Germany has done a large-scale test, has many of the most intensive care beds (ICUs) in Europe and state-funded healthcare.

Iran continues to be the second largest epidemic region in Asia, after mainland China with 19,644 infections and 1,433 deaths. The Iranians are celebrating Nowruz (Persian New Year) with a two-week holiday season. The government has urged the public to avoid visiting their families or going out on holidays this year, but hundreds of vehicles still poured out of Tehran on the evening of March 19.

China did not record domestic cases for the third day in a row, but 41 "imported" cases. South Korea has not released figures today.

In the US, an additional 5,087 cases were identified, bringing the number of cases nationwide to 18,876, of which 237 died. An employee in the office of Vice President Mike Pence, who leads the Covid-19 response, was positive for nCoV.

In Southeast Asia, Malaysia continues to be the largest epidemic area with 1,030 people infected and three dead. Indonesia is the country with the highest number of deaths in the region, 32 among 369 people infected. Despite the complicated development of Covid-19, 1,500 Indonesian believers on March 19 still attended the ordination of bishops in East Nusa Tenggara province, although officials had asked to postpone the event.

In total, the world recorded an additional 1,326 deaths, mostly in European countries, bringing the number of deaths from nCoV to 11,357. 90,942 people, or 33.1% of the infections, have recovered. Papua New Guinea, Cabo Verde and Angola are the latest countries to report outbreaks.

Covid-19 map of the world. Click on image to see details.