The South Korean military said the objects could be short-range ballistic missiles launched from North Pyongan province in the west and landed off the east coast of the Korean peninsula. Japanese Coast Guard said North Korea may have launched a rocket and it fell outside of Japan's exclusive economic zone. 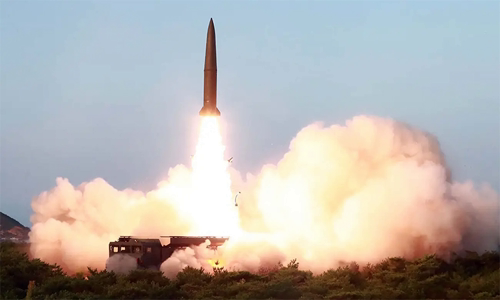 North Korea has repeatedly tested new weapons in 2019 and called it a jet cannon, but some experts call them ballistic missiles. The commander of the North American Air Defense Command warned that North Korea is preparing to test a more modern ballistic missile than the 2017 Hwasong-15 launched.

KCNA reported that North Korea will hold a Supreme People's Council meeting in Pyongyang on April 10 with nearly 700 participants. Experts say the event is a demonstration of North Korea's ability to block Covid-19 when the Northeast Asian nation has not yet recorded any cases of nCoV, even though its neighbors are China and South Korea. infection.