The number of people dying from nCoV in Italy exceeds 4,000

Italy recorded an additional 627 deaths from nCoV, bringing the total number of deaths to 4,032 out of more than 47,000.

The Italian Civil Defense Agency said yesterday that there were 5,986 new cases of nCoV infection, making the total increase of 14.6% to 47,021, of which 5,129 people have recovered. 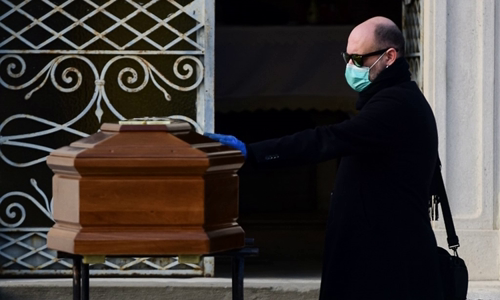 The man stands by his mother's casket during a funeral near Bergamo, Lombardy on March 20 Photo: AFP

Italy has the second oldest population in the world after Japan, with about 23% of people over 65. Health experts say this demographic could explain why the country's mortality rate is 8.5%, double the global average.