The US Department of State today announced the suspension of worldwide regular visas issued by Covid-19, an emergency visa still being considered. 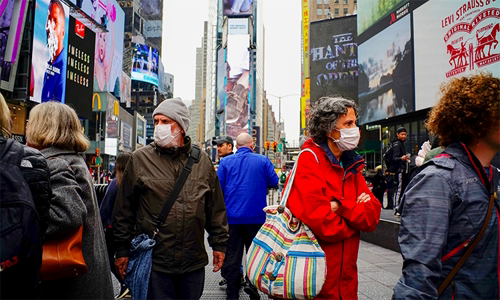 The United States also issued a travel warning at level 4, the highest, requiring citizens to stop all trips abroad due to the global impact of Covid-19. The US State Department said it was ready to assist citizens, but advised them to return home as soon as possible or prepare to stay abroad for an unspecified time.

More than 14,400 nCoV infections have been confirmed in the US, an increase of 650 in 24 hours, of which 218 deaths and 125 have recovered. US health officials warn that the number of nCoV infections will continue to increase sharply as more test results are paid.

Trump declared a national emergency because of Covid-19. Some states close schools, advising people to avoid gathering more than 10 people, restricting unnecessary travel or going to crowded places like goods and bars.

The US stopped issuing ordinary visas, Covid-19 in the US, Covid-19, nCoV,
Facebook
Twitter
Tumblr
E-Mail
Pinterest
previous post The Japanese Prime Minister called for the reopening of the school next post The number of people dying from nCoV in Italy exceeds 4,000