The US prosecuted two "executioners" of IS

The US Justice Department prosecuted two notorious IS rebels involved in the kidnapping and murder of four American citizens.

Alexanda Kotey and El Shafee Elsheikh, British members of the Islamic State's (IS) "Beatles" quartet, will appear in federal court in Alexandria, Virginia on October 7. 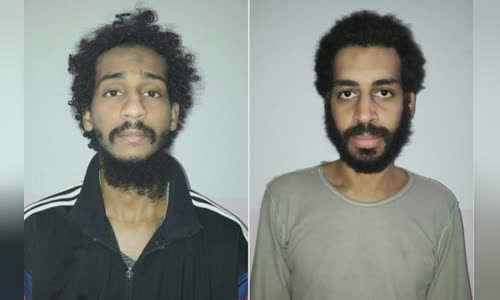 Kotey and Elsheikh are believed to be involved in the kidnapping and murder of American journalists James Foley and Steven Sotloff and aid workers Peter Kassig and Kayla Mueller.

According to the indictment, the two rebels were charged with many crimes, including hostage to death, conspiracy to kill US citizens outside the United States, material support for terrorism leading to death.

"These allegations are the result of years of hard work in pursuit of justice for our citizens killed by IS. Although we cannot bring them back, we can and will demand credit.

Kotey and Elsheikh have been stripped of their citizenship by Britain for being seen as a threat to national security.