The White House declared President Trump "the one who got the most Covid-19 test", but they did not say the timing of his results "had the most problems".

The world knows that US President Donald Trump is positive for nCoV on October 2, but so far the White House has not announced exactly when Trump was infected with COV. 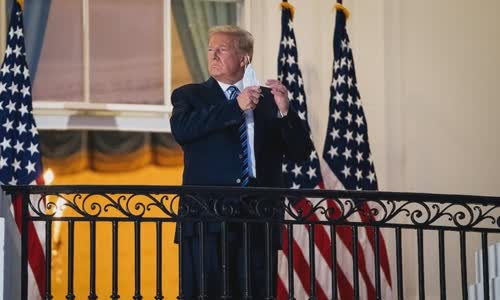 However, many experts say this question is not simply a reiteration, but is seen as important.

The US President tweeted that he and First Lady Melania had a positive result for nCoV early on the morning of October 2, not long after close adviser Hope Hicks was informed of the virus.

According to the Wall Street Journal, the White House did not disclose the positive test result Trump received on October 1, waiting for a second test result.

But at a press conference on October 3, Dr. Conley said Trump had passed 72 hours of diagnosis, indicating that he had had a Covid-19 test result from September 30, earlier than the Wall Street Journal reported.

Trump's doctor on October 4 also admitted hiding the fact that the President had to breathe oxygen when the blood oxygen levels dropped because of a high fever, before being transferred to Walter Reed on October 2 afternoon.

Dr. Leana Wen, professor of health management and policy at the Milken School of Public Health at George Washington University and former Baltimore community health commissioner, said that if what Conley said was true, the course of the disease

Dr. Wen said that it usually takes about a week for symptoms of nCoV infection to develop to the point that patients need oxygen.

"How could it be that his viral load on Wednesday was not enough to give a positive result and by Friday the amount of oxygen dropped to the point where it needed to be hospitalized? If all goes right, the president's health.

Dr. Ranney agrees with Dr. Wen that the President's illness progress is unusual, but says that "nothing is impossible". 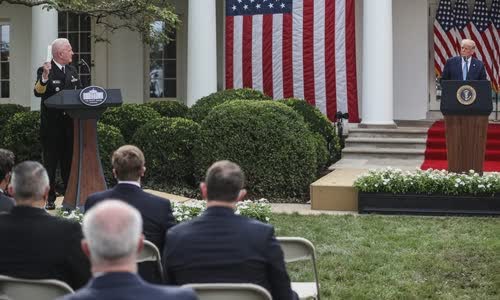 President Trump (right) at an event at the White House on September 28 Photo: Washintgton Post.

Philip Bump, editor of the Washington Post, also raised doubts about when Trump was infected with CoV.

The fact that Trump appeared so late at the first debate on September 29 that the medical team in Cleveland could not have enough time to test for nCoV before it started, which raised many questions.

Conflict and unclear information from the medical team and President of Trump's officials, as well as the media, has made the picture of the US head's health confused, at the same time, causing many medical experts.

They believe that having an accurate understanding of President Trump's health is important for many reasons.

Second, the US Centers for Disease Control and Prevention (CDC) recommends that patients be isolated for at least 10 days after the onset of symptoms of nCoV infection to avoid spreading the virus to others.

Ultimately, knowing exactly when President Trump's last negative test will provide clues for tracking down people who have been in contact when he is already at risk of infection.

But experts say that until now the White House has not yet begun efforts to trace contacts to prevent outbreaks, since a new epidemic cluster appeared around President Trump.

Joseph Eisenberg, head of epidemiology at the University of Michigan School of Public Health, adds that an additional day of lack of information increases the difficulty of tracking exposure, meaning more people are infected with the virus.

"This is of great concern not only from a public health perspective, but also in terms of information transparency and trust, as well as public interests," says Eisenberg.

"If we have any hope of controlling Covid-19, opening up the economy and bringing children back to school, compliance with public health measures is essential.