United Nations Secretary-General Guterres opposes the "use of lethal violence" in Myanmar after the death of two anti-coup demonstrators on February 20.

"The use of force to kill, threaten and harass peaceful protesters is unacceptable," UN Secretary-General Guterres wrote on Twitter on February 21. 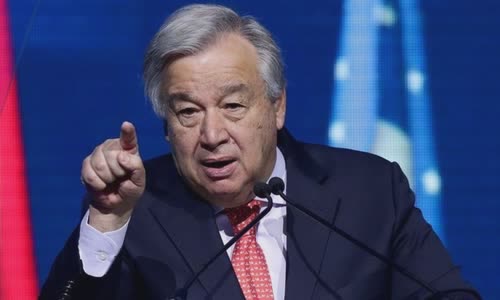 Meanwhile, Hlaing Min Oo, the captain of a volunteer emergency rescue team in Mandalay, said that 30 people were injured, half of whom were hit by real bullets.

Much of Myanmar was in turmoil after the military on 1/2 arrested State Counselor Aung San Suu Kyi and elected leaders.

Tens of thousands of Burmese have taken to the streets for days to protest against the coup, despite curfew and military restrictions.

Myanmar's military government has so far shown no interest in international condemnation.

Foreign ministers of the European Union (EU) will meet on February 22 to discuss measures to respond to the crisis in Myanmar.

Suu Kyi was imprisoned with alleged illegal importers of the radio and violated the Law on Disaster Management.