President Trump said he pledged to "force China to pay the price" for the damage caused by the Covid-19 pandemic. 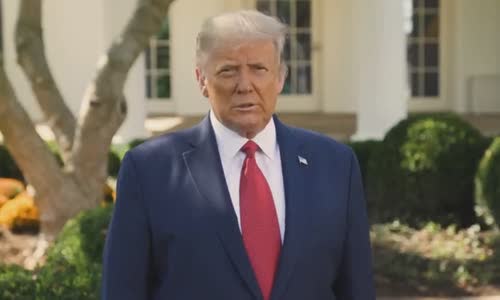 This is not the first time the White House owner has blamed China for Covid-19.

The US President has also repeatedly referred to nCoV as "the plague in China" or "the Chinese virus", a move widely criticized that has increased discrimination against Asians in America.

The Chinese Embassy in Washington has not yet commented on Trump's comments.

In fact, China is considered to have much better pandemic control than the United States.

Also in the video speaking at the White House, the US President added that he wants to speed up the release of medicine to be available to Covid-19 patients.

The US President added that his CoV infection is "a blessing from God" because it helps him understand the effectiveness of the experimental drugs.

Aruna Subramanian, an infectious disease expert at Stanford University, USA, said she was amazed at Trump's statement when he said that nCoV infection is a blessing from God.

"That made me sick. Would he say anything about the more than 210,000 Americans who died from CoV, were they cursed by God?", Subramanian said.

The US President returned to the Oval Office for the first time on October 7 after returning from the Walter Reed National Military Medical Center, Maryland.

The announcement, however, did not provide important information such as when Trump last tested negative, his chest scan results, or whether he is taking any medications that may inhibit symptoms.

Covid-19 appeared in more than 210 countries and territories, causing more than 36.3 million people to become infected and more than one million to die.

Trump infected with nCoV, Covid-19, Covid-19 in China, Covid-19 in the US, World social politics, News,
Facebook
Twitter
Tumblr
E-Mail
Pinterest
previous post Donald Trump returns to the Oval Office next post Japan will discharge millions of tons of treated water from Fukushima into the sea