Trump is confident he will not be deposed

President Trump shows no signs of wanting to resign and believes he won't be deposed.

According to sources familiar with the matter, President Donald Trump is confident that Vice President Mike Pence and members of his cabinet will not attempt to remove him under Amendment 25. 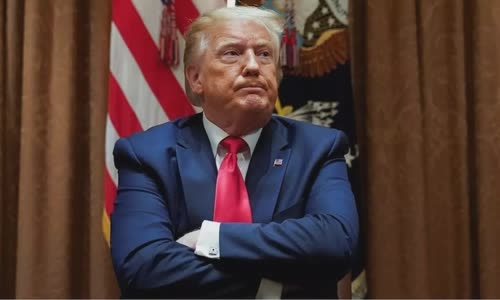 Trump and some allies also said that Democrats were overreacting when again calling for impeachment on him over the January 6 Capitol Hill riots, the source said.

According to a well-informed source, Vice President Pence did not mention anything about Amendment 25 but only expressed opinion in personal discussions that such an approach was not feasible.

Article 4 of Amendment 25 of the US Constitution provides that a vice president with the support of a majority of senior officials in the cabinet can submit documents to the bicameral of the US Congress declaring that the president cannot exercise his powers.

President Trump has not shown any indication that he is considering resigning as requested by many Democrats and some Republicans.

House of Representatives Speaker Nancy Pelosi said on January 8 that it had instructed the Rules Committee to prepare to propose consideration of dismissal of Trump if the US President did not resign or Pence did not trigger Amendment 25 of the Constitution.

A group of Republicans on 9/1 wrote to President-elect Joe Biden, pleading with him to persuade House of Representatives Speaker Pelosi to give up impeaching President Trump for the sake of the nation.

However, Democrats are furious about the Capitol Hill riots and are determined to hold Trump accountable.

President Trump on January 6 appeared in front of thousands of supporters at a rally in Washington, DC to declare he had won the election this year.

Bipartisan MPs held Trump accountable for the riot and accused him of "abusing the trust" of his supporters to incite violence.