Trump is determined to defend the 'Chinese virus' way of calling

The US president said that calling nCoV is a "Chinese virus" to prevent China's misleading information campaign.

At a White House press conference on March 18, US President Donald Trump defended the way to call nCoV a "Chinese virus", despite growing criticism that it was racist and anti-Chinese. 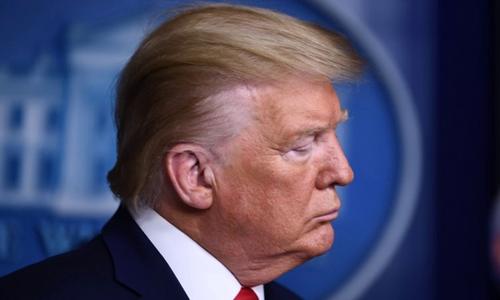 US President Donald Trump at a daily press conference about Covid-19 at the White House on March 18 Photo: AFP

"Absolutely not racist. This virus comes from China and that is the reason," Trump said.

However, the call angered Chinese officials and critics, while Chinese experts also said identifying the virus in that way would only increase tensions between the two countries, leading to xenophobia that American leaders should have prevented. The Asian-American community has previously reported incidents of racial criticism and physical abuse because of the misconception that China is the cause of the virus.

"Using this term not only erodes a global audience, including in the US, but also fosters a story of hatred of Americans in China and fear of Chinese leaders and the general public," Scott said. Kennedy, a China expert at the Center for Strategic and International Studies, said.

At a White House press conference on March 17, Trump told reporters that he attached "China" to the virus to counter the information-misleading campaign promoted by Beijing officials that the US military was source of virus distribution.

"I don't appreciate China saying that our army brought the virus to them. I think saying our army carries the virus has created stigma," Trump said.

In the following two Twitter posts, he continued to mention "Chinese virus". When asked about the term at the White House's daily press conference on Covid-19, Trump asserted he simply pointed out the fact that the disease was first discovered in China.

Public health officials have been trying to avoid names that could lead to discrimination against places or ethnic groups since the introduction of stricter virus naming guidelines in 2015. However, after the press conference, the White House tweeted what it called the "media outrage", pointing out that other diseases were also named by location, including Ebola virus and West Nile virus.

According to Kennedy, based on the languages used by Trump and his administration, there is no doubt about the discrimination. "A series of statements and actions by the Trump administration on immigration, immigrants and racial issues have shown that. Using this term is not only xenophobic but also racist," Kennedy said. good.

During a press conference on March 18, a reporter also asked the President what he thought when a White House official mentioned nCoV as "Kung Flu". Trump ignored that question before asserting that the Chinese "would probably agree" that nCoV is a Chinese virus, although Chinese officials have shown they disagree.

Experts in medical history and public health, including some within the Trump administration, have emphasized that a pandemic without ethnicity and linking it to an ethnic group could lead to discrimination. treat. However, since the outbreak began in Wuhan, the capital of China's Hubei province, Trump repeatedly implied in public remarks that he viewed the virus as a foreign threat, and repeatedly mentioned High decision soon to close US borders with people from China.

"We have closed down with China, the source of the disease, very very soon," Trump told reporters on March 17. "Sooner than what the talented professionals want to do. And I think, that will eventually work, that will save a lot of people."

But Yanzhong Huang, a senior member of global health at the Foreign Affairs Council, said Trump's measures to restrict travel are not part of a comprehensive approach, including testing and quarantine, and in general too little, too late. According to Huang, the virus is likely to appear in China in November or December and it is clear that a tourist from China spread the virus in the US in January, before the restrictions were introduced in early February.

Since the outbreak began, Trump and government officials have assumed that China was responsible for letting the virus spread, and Beijing responded. Blaming each other, one side said that the other did less to prevent the disease, causing almost daily tension between the two countries. 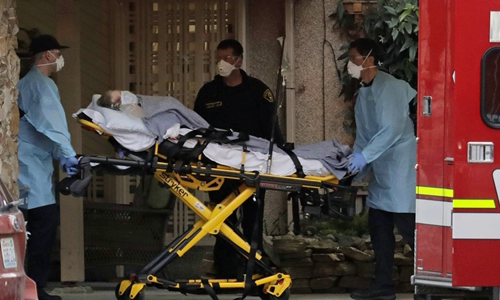 Last week, Chinese Foreign Ministry spokesman Zhao Lian-Kien shared a conspiracy theory that the United States is behind the virus. "Maybe the US military brought disease to Wuhan," Zhao posted on Twitter. "Be transparent, publish the data. The US owes us an explanation."

While claiming that the trade deal they signed in January was on track, US officials blamed China for mishandling Covid-19 and refused to export masks and medical equipment. other households. Some officials in the Trump administration even claim that the nCoV did not originate from the food market in Wuhan, but from the nearby Chinese government laboratory.

Charlie Woo, executive director of Megatoys and chairman of the 100's public policy committee, a prominent Chinese-American organization, said the language of the government is dividing the public in an emergency. nation.

"This crisis requires clear science, truth and language, not inciting fear, blame and xenophobia as our public officials are doing," Woo said. "We face a global pandemic that requires a unified, global response. Assigning a virus to a culture, nation or country can only hinder this effort, alienating it. people instead of cooperating and supporting each other ".

Kellyanne Conway, the President's adviser, said that Trump was only trying to give accurate information. "I think what the President is saying is where the virus was first identified," Conway told reporters at the White House.

Republican Senator Charles E. Grassley tweeted, "I don't understand why China is sad just because we mentioned a virus originating from their country as 'Chinese virus.' now sad when it comes to Spanish flu 1918 and 1919 ".

The phrase "Spanish flu" is a misnomer. The Centers for Disease Control and Prevention says experts are still not sure where the disease originates.

In an emailed message to supporters and posted on the website, the Trump - Pence 2020 re-election campaign has spurred efforts to blame Beijing for the spread of the virus. The message also accused former Vice President Joe Biden, a leading candidate of the Democratic Party, for siding with China.

"The United States is under attack, not only by the invisible virus, but also by the Chinese," according to the March 18 appeal of the campaign. "What can Joe Biden do when all this is happening? It is siding with China and attacking the most feared presidential candidate: Donald Trump."

US Secretary of State Mike Pompeo is arguably the most consistent official in linking the virus with China. In a press conference on March 17, Pompeo called nCoV six times as Wuhan virus. Even saying that now was not the time to charge, Pompeo once again accused China of initially lowering the threat from the disease.

"We know the first government to know about Wuhan virus is China. It is a special responsibility to raise the flag but it takes a terribly long time for the world to recognize this danger residing inside. China, "Pompeo said. "Chinese leaders must be responsible for doing this, not only for Americans, Italy, South Korea and Iran who are suffering from the disease, but also for their own people."

According to Pompeo, the deportation of journalists is the latest example of how China wants to hide the world from what really happens in its country.

Chinese government officials have openly questioned whether nCoV originated from Wuhan as the health authorities believed. However, a senior Foreign Ministry official said on Tuesday that Chinese President Xi Jinping in early January repeatedly called nCoV the Wuhan disease and many Chinese people thought the same.