ASEAN called on violence at Myanmar

Foreign Minister Indonesia Retno Marsudi today called for quick and transparent implementation of the 5-point agreement passed by ASEAN in April. The statement was launched on the sidelines of the ASEAN - China senior officials, in the main context 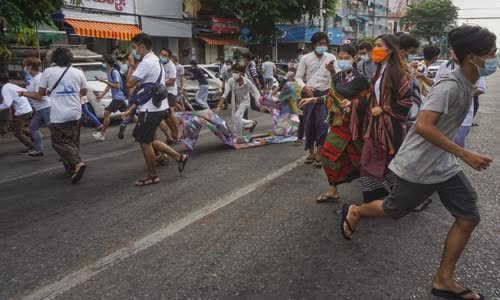 However, no one has been appointed as a special envoy with ASEAN internal consensus or the most suitable group of people with this position, as well as the task and the term of the term of the envoy.

General Min Aung Hlaing also attended a meeting with ASEAN leaders in April. However, he said in the interview on television later that Myanmar was not ready to apply ASEAN's plan.

Myanmar fell into crisis from the beginning of February, after the military arrested Ms. Suu Kyi and overthrow the civilian government, due to accusation of election fraud in November 2020 not resolved.