China said the military 'did not sit still' if Mrs. Pelosi came to Taiwan

The Chinese Ministry of Foreign Affairs warned that the US would suffer serious political impacts if the Chairman of the House of Representatives Pelosi visited Taiwan.

The Chinese military will not sit still if the US House of Representatives Nancy Pelosi came to Taiwan.

The speech was made in the context of the Chairman of the House of Representatives Nancy Pelosi visiting Asia, with the first stop was Singapore.

China's J-16 fighter in one time close to Taiwan.

Taiwan has always been a hot issue in US -China bilateral relations in recent years.

Pelosi in April was planning to visit Taiwan, but the trip was postponed after she had a positive result with NCOV. 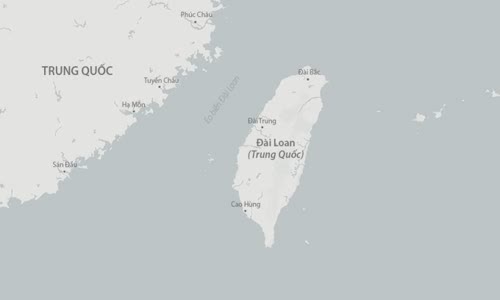 The Financial Times newspaper on July 23 quoted 6 sources of knowledge that Beijing had a secret warning to Washington, with much more tougher than the previous public statements, in which Chinese officials.

Source reported that China's military measures could include Pelosi preventing the landing on Taiwan or to manipulate fighters close, hindering military aircraft from transporting her to the island.

The President of the US House of Representatives refused to reveal the plan for the Asian trip, warning this was a danger to her.